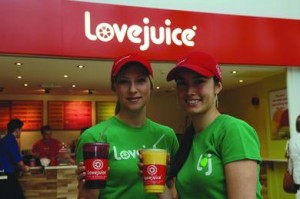 • Directors of , which last month admitted it was in talks about a potential offer, have agreed to a £43.6m (€55.9m) cash bid for the security company from sector leader . ArmorGroup is one of the larger private security contractors in Iraq but has suffered from bad publicity involving one of its rivals recently. FTSE 100 group G4S, formerly called Group 4, holds various contracts in Western Europe. The bid values ArmorGroup at 80p a share. This includes the 1.5p dividend a share already announced by the company. It represents a 127% premium to the 35.25p share price on the day before the offer was first announced. ArmorGroup was advised by Rothschild. G4S has already received an irrevocable undertaking to accept the offer from major shareholders and , which between them own 50.7% of the shares. The deal has therefore effectively gone unconditional. G4S chief executive Nick Buckles said: “ArmorGroup’s experience in providing protective security and other related services, its international presence and strong customer relationships means that it is a natural fit with our existing business.” Greenhill acted for G4S. Deutsche assisted. Hoare Govett is ArmorGroup’s broker.

• is backing the acquisition by portfolio company UK of the and holiday parks in Dawlish Warren, Devon. With these purchases, and further acquisitions last year at Dawlish, Paignton, and Brixham, Park Holidays UK has added six new parks since Graphite backed its £130m BIMBO in January 2006. Park Holidays UK is the largest holiday home and caravan park operator in the south of England, with sites in Essex, Kent, East and West Sussex, Suffolk, Dorset, Hampshire and Devon. It now operates 25 family holiday parks with pitches for more than 11,000 caravans and chalets.

Golden Sands and Peppermint parks are both family-owned and together cover 38 acres. They offer a range of holiday homes to let, including luxury lodges, caravans and chalets, and also provide touring and camping facilities. The acquisitions are supported by a £15m funding package led by Graphite and .

• has announced the sale of to . Dorset Cereals was acquired by Langholm Capital, a mid-market specialist consumer private equity fund, in a management buy-in in April 2005. Under Langholm’s ownership, the brand has been relaunched both in the UK and overseas. Dorset Cereal’s senior management team of Peter Farquhar, Nigel Horsman and Patrick Horton will remain with the business and Wellness Foods says it will support management’s plans to grow the business both in the UK and overseas. Senior management will continue to be significant shareholders in the business. Langholm Capital was advised on the transaction by McQueen and Travers Smith. Langholm Capital is currently investing from a fund of €242m, with Unilever and Rabobank, as its principal investors.

• , a London-based private equity company focused on development capital for growth businesses, has announced that investee company , the UK smoothie and juice bar operator, has acquired , a chain of juice bars in the North of England. This acquisition accelerates the expansion of Lovejuice and in particular provides a stronghold in the North.