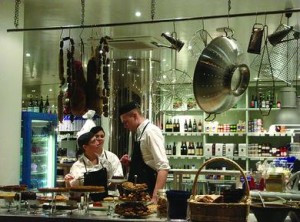 • Palamon Capital Partners and G Square, a European private equity firm dedicated to investing in healthcare, have completed a transaction with Grupo SAR one of Spain’s leading providers of residential and home care services to the elderly. The investment will provide the expansion capital required to drive forward Grupo SAR’s ambitious growth plans. The terms of the transaction were not disclosed.

Established in 1992, Grupo SAR manages 39 residential and day-care facilities and a growing home care division. The company serves more than 120,000 people and currently employs a staff of 6,350. It generated revenues of €127m in 2008.

• Terra Firma Capital Partners has invested an additional US$45m in EMI Group, its struggling entertainment company and largest ever investment, according to several reports. Terra Firma took a significant write-down on the company, which has US$4.7bn in debt, at the end of 2008.

• Carluccio’s has announced that takeover discussions have now been terminated. On May 5, the company said that it had received a preliminary approach without actually naming the suitor, which is thought to have been Hutton Collins, a group that has in the past backed Pizza Express, Wagamama and Loch Fyne.

• Sports and talent management agency Formation Group PLC said last week it was in exclusive talks with Gresham Private Equity over some parts of its business, sending its shares soaring by more than 40%. AIM-listed Formation, which counts pop impresario Simon Cowell and TV presenters Ant and Dec among its clients, said the private equity house had not expressed interest in the company as a whole.

“Discussions are ongoing and whilst there can be no guarantee that any agreement will be reached, the company has entered into a period of exclusivity with Gresham,” Formation said in a statement in response to press speculation.

It was reported that a management team led by chief executive Neil Rodford and backed by Gresham was planning to buy five of Formation’s seven subsidiaries and take the company private in a deal worth £25m. Shares in Formation, which have lost 70% of their value over the past year, rose by 42.3% to 9.25p following this announcement, valuing the company at about £14.3m.