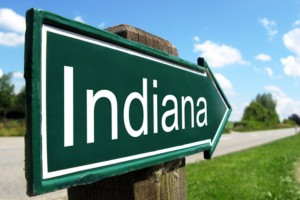 The Indiana Public Retirement Systemexpects to commit approximately $500 million to private equity in 2016, according to a strategic plan outlined in its December 11 meeting materials.

Per its current pacing model, Indiana’s $29.4 billion pension system will commit roughly $500 million to private equity in each of the next three years. In 2019, it plans to increase its pace to around $580 million. Indiana will then gradually increase annual private equity commitments through 2025, when it expects to allocate $1.33 billion to the asset class.

Commitment pacing models vary and are subject to change with market conditions.

Update: The 2016 pace is in line with the $502.5 million Indiana committed to private equity in 2015, according to information provided by the retirement system.

In addition to outlining its strategic plan, Indiana’s meeting materials also disclosed three new private equity commitments. On November 17, the pension closed a combined $60 million in commitments to a pair of funds managed by TSG Consumer Partners, TSG7 A and TSG7 B.

TSG recently closed both funds, which were raised concurrently, on a combined $2.5 billion. TSG7 A will invest between $50 million and $400 million in high-growth consumer companies. Fund 7 B will invest in smaller deals in the same sector.

The pension also co-invested $22.5 million in Millennium Trust Company, which Parthenon Capital Partners agreed to acquire in September for $150 million. Indiana committed $47.5 million to the firm’s 2012 vintage fund, according to data provider Bison.

Indiana valued its private equity portfolio at approximately $3.2 billion as of October 31. As of June 30, the portfolio generated an 11.9 percent internal rate of return, 2.4 percentage points short of its Russell 3000 plus 3 percent benchmark.