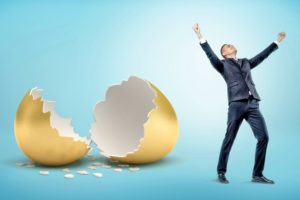 Integrum Holdings, formed last year by executives from KKR, BC Partners and Xerox, expects to amass about $800 million for its debut fund that is targeting $1 billion, according to a person with knowledge of the firm.

While fundraising overall has slowed amid broader economic uncertainty, emerging managers have a challenging job in convincing limited partners to make commitments outside their established relationships.

First-time funds especially have the burden of needing to beat out incumbents in an LP’s portfolio to get a commitment.

Integrum has faced a tough fundraising environment since launching last year, when many LPs were under pressure from the sheer mass of funds in market from their existing managers. Back then in the stronger economy, LPs were quickly spending their annual budgets on re-ups and new products from GPs they already knew.

Integrum anticipates an interim closing at the end of this month, sources said. Integrum Capital Partners I already held a first close last year. A spokesperson for Integrum declined to comment on fundraising.

Integrum looks for tech-enabled services companies with enterprise values of $500 million to $2 billion-plus, the ADV said. It expects to build a portfolio of five to six companies in Fund I.

The firm has made three investments out of the fund so far, including insurance distribution platform Evertree Insurance; payment platform MerchantE and an investment that is expected to be announced soon.

Integrum was formed by Tagar Olson, who joined after spending nearly 20 years with KKR, where he led the financial services team; Ursula Burns, former CEO of Xerox from 2009 to 2016; and Richard Kunzer, former partner and co-head of investor relations at BC Partners.

Last year, first-time funds set a record, collecting about $14.1 billion across 60 funds, according to Pitchbook’s 2021 Annual US PE Breakdown.

The number of funds that closed fell from the prior year, when 81 funds raised $9.6 billion, Pitchbook said. “The impressive capital raised total is primarily due to outsized fund closes by a few high-profile entrants,” according to Pitchbook.

Buyouts tracks mostly first-time fundraising through our sources and official documentation (if it exists). We’ve built a home-grown database of 35 funds (and growing) in the market, how much they’ve raised, what they’re targeting, their strategies and who runs them. Our list is always growing and we just updated the list with some new names (and took off a few that held final closes earlier this year). Check it out here on our emerging managers page.