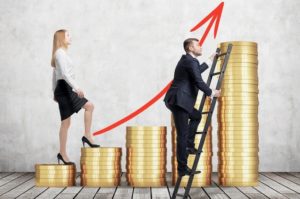 While covid-19 continues to batter private equity fundraising, behind-the-scenes market players are scoping out fresh opportunities that could help renew activity down the line.

General partners and limited partners adopted a defensive posture in the first weeks of the health crisis. For PE firms, expectations changed about the duration of fundraising, with many deciding to extend timetables, and others opting to pause or abandon offerings.

Investors also adjusted expectations as well as some priorities. Many LPs paid closer attention to the state of portfolios and incumbent managers, causing them to shift focus away from fundraising that was not in advanced stages when the coronavirus broke out.

Defensiveness, combined with uncertainly about the future, explains why a Private Equity International survey conducted as early as March found one in five institutions electing to make fewer commitments this year.

Concerns about market challenges are not going away. There are signs, however, that GPs and LPs are beginning to think more offensively. Managers are identifying upside opportunities in the recent down-cycle and proposing specialized strategies for new fund launches.

For their part, LPs are showing receptivity to initiatives, relying on evidence of the historical outperformance of crisis and post-crisis vintages.

After a long-running bull market fueled by high prices, PE firms of all types are anticipating lower valuations.

To access value opportunities, LPs will turn to the “all-weather” funds of managers well known to them, Peter Martenson, a partner with Eaton Partners, told Buyouts. Significant deal flow, he said, might still be months away as sellers must first recognize a “paradigm shift on pricing.”

Jeff Pentland, a managing director with Northleaf Capital Partners, agreed, noting that while value transacting is probably already happening, “a market has yet to be made.” He said this will come when “the length of the shutdown and shape of the recovery” are clearer.

Strategic opportunities more readily in view fall under the broad rubric of dislocation. This in many cases refers to opportunistic credit, as the shuttering of businesses and industries is causing distressed debt to spike, generating demand for specialty funds.

Distressed plays are most viable in markets that “seized up,” Brian Gildea, Hamilton Lane’s head of investments, said. Examples include collateralized loan obligations, mortgage-backed securities and liquid funds that have to post collateral. Opportunities also exist in specific sectors where loans are being discounted.

The full menu of distressed opportunities will not be apparent until later this year, when the financial status of a larger population of companies is better known, Gildea said.

Dislocation strategies can also include financing targeted to businesses roiled by disruption in demand and economic turbulence.

A “new injection of capital” aimed to help companies overcome cash-flow crunches and solvency problems will be an immediate-term focus of dislocation funds, Gildea said. This variety of financing, sometimes called rescue financing, has the advantage of not requiring a pricing component, he said.

Several managers recently unveiled offerings with a dislocation theme. Oaktree Capital is raising a new distressed vehicle with a $15 billion target, a source told Buyouts. KKR is also reportedly looking to rebrand and recapitalize its third special-situations fund as a dislocation pool.

An April survey by Probitas Partners found a 19 percent jump in LP appetite for distressed debt strategies, compared to the same time last year. This could support a revival in private debt fundraising, which has been dropping since 2017, PEI data show.

A wave of bankruptcies and restructurings may result from a prolonged slowdown, stoking dealflow for turnaround funds, Martenson said. LPs are already expressing an interest in the strategy, he said, though outside of certain industries, such as energy and retail, the potential opportunity set is unclear.

Intense secondaries investing of recent years was abruptly halted by the health crisis, as buyers and sellers faced a lack of pricing transparency. This is expected to change once valuations are on firmer ground, bringing in its wake a host of new opportunities.

As pricing “sorts itself out,” Pentland said, activity should expand across the deal spectrum, including fund-level preferred equity, LP stake sales and GP-led transactions. At this point, he said, a “real benefit” will materialize for managers who can “play across secondaries opportunities.”

Gildea agreed, noting an extended downturn may prompt “forced selling” among LPs “wanting and needing liquidity to reshape their portfolios.” Secondaries could also be an option for GPs requiring capital for portfolio companies. He said these and related trends are likely to drive future fundraising.

Other emerging opportunities include strategies that offer diversity and a buffer against shocks. Martenson said he is hearing more investor interest in assets providing uncorrelated returns relative to public markets as well as some private markets.

An example is infrastructure, especially infrastructure with contracted revenue streams, Pentland said, as these assets are “less susceptible to a revenue crunch.” Real assets, such as farmland, renewables and timberland, also fall into this category.

These sources of low-volatility returns, along with life settlements, litigation finance and music royalties, are “performing and likely to continue to perform,” Martenson said. Specialty funds might for this reason see increasing LP uptake, especially as covid-19 subsides.

Growth equity and late-stage venture capital hold appeal to LPs due to track records in prior down-cycles, Martenson said. Growth opportunities also lend exposure to hot or resilient technology sectors, such as healthcare IT, which are potential drivers of economic renewal.

However attractive upside strategies may be, fund launches could still be beset with problems. “Even when the opportunity set is good,” Gildea said, “it might be hard to raise capital right now, especially as LPs are narrowing down the list of funds they are backing.”

GP-LP dialogue will be essential to “solving challenges and opening up opportunities,” Gildea said. This may involve increased reliance on longstanding investors to anchor funds, use of side-car pools and separate accounts, and other customized approaches.

As LPs want to put money to work, Gildea said, most will be motivated to expedite fundraising and other solutions when opportunities beckon. The vanguard in this effort will be large institutions possessing substantial infrastructure and resources.

In fact, LPs may have a bigger say in these matters. Tougher fundraising conditions have provided investors with more clout in their interactions and negotiations with GPs, Martenson said. He calls this “swing toward LPs” one of the “unspoken trends” of the pandemic.

Gildea shares this perspective, saying empowered LPs will focus less on “economic points,” such as fees and terms, and more on transparency, such as fuller disclosure and details about PE-backed portfolio companies. Pentland agreed, noting a top priority for investors is “increased visibility.”

LPs might also use their stronger bargaining power to “target managers and strategies they’re interested in,” Gildea said. Above all, he said, institutions with fewer capabilities than their larger peers may be able to “get into funds they could not before.”

Social distancing and travel bans upended fundraising dynamics, in part by impacting the ability of LPs to conduct diligence and communicate with GPs.

Virtual fundraising, supported by video conferencing apps like Zoom, has filled the gap. Brand-name PE firms with close ties to investors, such as Blackstone, have demonstrated proficiency with remote methods, securing billions.

The cost-effectiveness and convenience of virtual strategies may allow them to survive the pandemic, Pentland said, at least when LPs are making preliminary fund assessments. As PE is “a people business and a relationship business,” however, face-to-face meetings will remain key to diligence, he said.

The health crisis is expected to add three to six months to fundraising and erect barriers to new offerings, especially the first-time offerings of emerging managers. The picture could become even more complex with a prolonged slowdown.

In the event, the fundraising ecosystem might take a further hit, Gildea said, with GPs “investing less money and sending less money back.” In addition, investors who generally had allocation room at the start of the year may see their liquidity constraints multiply.

Martenson agreed, saying LPs are not overcommitted compared with the last downturn, but could eventually run into headwinds. The scenarios, he said, include a fall in public-market values, triggering the denominator effect, or portfolios “going sideways” with sustained economic upheaval.

“The longer this drags on, the more challenging fundraising becomes,” Gildea said.