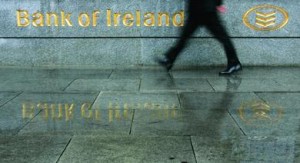 The Irish economy has ground to a standstill. According to financial services company, Irish Life & Permanent, by the end of 2009, GDP in the country is expected to fall to 8% and unemployment is projected to soar to 13%. Companies are failing in all sectors and personal bankruptcy is reaching epidemic proportions.

And as the catastrophe unfolds, the Irish Government, in association with Enterprise Ireland, is wasting no time in getting funding for early stage companies that are in desperate need of capital. It is for this reason that the Bank of Ireland Seed and Early Stage Equity fund was launched.

The fund has €26m in commitments and will be managed by Dublin-based Kernel Capital, an Irish VC firm with a close relationship with Bank of Ireland. There was stiff competition to manage the fund as an EVCJ source revealed that as many as five firms were bidding to manage the fund.

Under the management of BOI the fund will back export orientated start-up companies that operate in the technology, green technology, food and financial services sectors. It will also support patent and patent pending projects within universities. The fund is aiming to finance as many as 50 companies by allocating chunks of €500,000 to €1m to early stage companies.

This is not the first fund of its kind and it is unlikely to be the last. In 2007, Allied Irish Bank (AIB) teamed up with Enterprise Ireland to create a €30m fund that would be available to seed and early stage companies. The latest fund is the eighth new fund backed by the Irish Government through Enterprise Ireland’s Seed and Venture Capital Programme 2007-2012. To make up the €26m, BOI invested €17m, Enterprise Ireland provided €8m and the University of Limerick Foundation committed €1m. It is also the second seed fund launch from an Irish bank in the past two years.

Sources told EVCJ that Bank of Ireland was less than enthusiastic about backing the fund but was forced into financing the project through ‘government arm-twisting’. “Bank of Ireland doesn’t want to be embarrassed by this fund. There are a lot of companies in Ireland that are in trouble but that doesn’t mean they should get venture capital. I worry that inexperienced companies will get access to funding and will waste it.”

For now, the aim of the fund is to close the gap between early seed financing and growth funding and to get things going in Ireland. Conor O’Connor, chief executive of Enterprise Equity says: “This fund is badly needed to fund start-up companies on the ground and it will hopefully create a technology sector indigenous to Ireland.”

Regina Brehany, director general of the Irish Venture Capital Association (IVCA), believes the gap between seed funding and growth capital has widened as traditional funds have moved away from seed financing in the downturn.

The idea behind the creation of this fund is to ensure that early stage companies are able to survive so they will eventually reach the stage when they will need growth financing.

For the future the IVCA is not anticipating that there will be many new entrepreneurs coming to the market as there isn’t the safety net of a buoyant job market to provide a fall-back plan for those who are taking a chance. Beneficiaries of the latest fund will therefore likely be repeat entrepreneurs.

“The Bank of Ireland seed fund is part of a government emphasis on what they call a ‘smart economy,’ which is aiming to create successful technology companies to attract foreign direct investment (FDIs),” says Brehany.