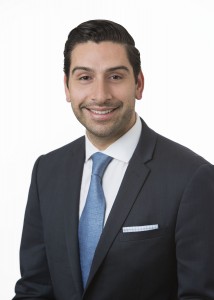 Isaac Capital acquired Georgia-based Marquis Industries in a deal valued at $31 million, including $6 million in mezzanine debt, $20 million in debt from Bank of America Merrill Lynch, and $6 million in equity.

Armando Soto, managing director, said Isaac Capital hopes to close one or two more deals this year as it looks to build up its portfolio through publicly-traded LiveDeal Inc, listed on the Nasdaq under the symbol, LIVE.

Soto said the firm plans to hold on to its portfolio companies for longer than a typical private equtiy fund would, although it won’t rule out a faster sale if it gets a compelling price.

“Instead of raising a fund and looking for LPs and seeing how we can acquire businesses, we said, ‘Let’s follow Warren Buffett,’” Soto, 30, said in a phone interview. “We don’t have to divest companies in three to five years and that’s what resonates with business owners.”

Isaac Capital seeks companies at least 20 years old with a solid history of operating in the black.

“We’re looking for companies that are boring and easy to understand,” he said. “Maybe they’re owned by Baby Boomer…The most important criteria is that they never lost money in their history.”

Soto said the firm is talking to other lenders as it works to grow the firm through more acquisitions.

Launched in 2007 as the private equity division of the Isaac Organization, Isaac Capital, under Jon Isaac, initially funded publicly-traded companies. Soto joined the firm in 2014.