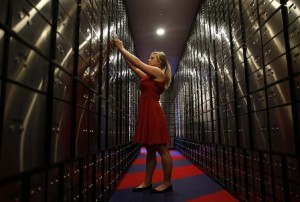 While the financial services specialist has been working on buyout and other deals overseas, Oros said he expects the firm will direct more attention domestically, with a big opportunity serving “under-banked” people who used to use subprime loans that have since dwindled.

Reinventing finance to serve the bottom 25 percent of borrowers in a way that satisfies regulators remains a “huge opportunity,” Oros said to about 300 people at his keynote presentation during the Buyouts Chicago conference at the Palmer House Hilton on June 23.

Overall, banks remain “intrinsic and essential to the economy,” but following the global financial crisis of 2008, “regulators have not taken their foots off the throat” of the banking system, he said

To date, about 55 percent of all the rules associated with the Dodd-Frank legislation have been written, he said. That’s a signal that “we’re passed the peak” of the wave of regulation following the collapse of Lehman Brothers, he said. That’s good news for GDP, he said.

If either party wins the White House in 2016, it will provide a better outcome for the banking system than the current administration, he said.

Oros praised CEO Jamie Dimon’s annual letter to shareholders of J.P. Morgan Chase & Co as a great summary of the challenges and rewards in the banking system.

Dimon has pointed out that the bank has about 500 people focusing on compliance issues, he said. Risk and compliance people are more expensive to hire than loan officers. It’s a difficult cost for smaller lenders to face, he said.

Overall, banks are trading at about 1.1x their book value and offer the lower price-to-earnings ratio in the S&P 500.

Asked what he thought of the Canada Pension Plan Investment Board’s pending $12 billion acquisition of General Electric Co’s Antares middle-market lending unit, Oros said the two entities are a “perfect fit” because of their patient capital and eye on long-term performance.

Overall, J.C. Flowers usually has knowledge of, or direct exposure to, most large deals in the financial sector, he said.

Oros admitted he’s been calling for a rise in interest rates for seven years and he’s been wrong.

People who have saved their whole lives planning for interest income off their bank accounts and other assets have been hard-hit by the current rate environment, he said.

“Why are we stealing from the savers?” he said. ”The person who’s been hurt the most has been the guy who did everything right.”