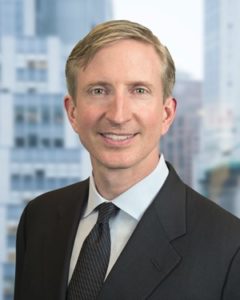 Kline Hill Partners, which focuses on secondaries at the smaller end of the market, is expanding its offering to formalize a strategy around GP-led transactions, and bringing on two experienced executives to help lead the way.

The firm, formed by ex-Willowridge Partners executive Mike Bego in 2015, hired David Swanson from Unigestion to head up its GP-led efforts in North America. For Europe, the firm hired Elena Laleh of Partners Group. Swanson started in the role June 1, while Laleh will start Sept. 1, Bego told Buyouts.

Swanson worked at Unigestion from 2012, most recently as partner, before which he was a director at FTI Consulting from 2005 to 2012, according to his LinkedIn profile. Laleh worked at Partners Group since 2014, before which she worked at Credit Suisse and at Nestle, her profile said.

Kline Hill is not changing its focus its existing LP secondary strategy. The firm has done some GP-led transactions, but believed it was time to formalize the strategy, as well as bring on people with specific experience, Bego said. It is understood Kline Hill will come to market with a separate fund for GP-led deals later this year, according to an industry source. Bego declined to comment about fundraising.

“[Elena and David] have been at the forefront of GP-led transactions’ emergence into the secondary industry,” Bego said. “Both have tons of experience in secondaries overall, and they were among the first to focus on GP-leds.”

In formalizing the GP-led strategy, Kline Hill joins several other firms like TPG, Blackstone Group and Partners Group that are building separate teams, and funds, to pursue such deals.

The theory is that GP-led deals, especially single asset processes, require a different skill set than traditional secondaries that combines direct investing experience with that of an LP. Kline Hill didn’t want to just “take an LP investment team and slap on a GP-led sticker … and have them do tons of GP-led deals.”

GP-led deals like continuation funds and direct secondaries have become a much greater part of the broader private equity secondaries market. GP-led deals, for the first time, had the majority of the market share in 2020, a role traditionally taken by traditional LP portfolio sales.

The pandemic lockdown has only accelerated GPs’ desires to sort out certain assets from older pools, sources across the market have told Buyouts. GPs have been identifying their most treasured assets to move into continuation funds for more time and money to manage and grow those investments.

Specifically, Europe presents opportunities for small-secondaries, GP-led transactions, Bego said. “In Europe, there’s more smaller managers, and the deal process is different in Europe,” he said. “We buy a lot of European assets and source a bunch there already, but we’ll be that much stronger with a local presence.”

The firm has grown since inception to an expected 25 people, including interns, in July, with the deal team approaching around 20 people by year-end once it finishing staffing its the GP-led strategy.

Kline Hill closed its most recent pool, Fund III, last year on $450 million, along with a $150 million overage fund that it needed for the flood of opportunities in the small part of the market.

The firm generally pursues secondaries deals from $1 million to $10 million, but has scaled up to do deals over $100 million as well. It closes around 80 deals per year. Fund III is more than 65 percent deployed at this point, with about a quarter of it invested in the second quarter 2020, Bego said.