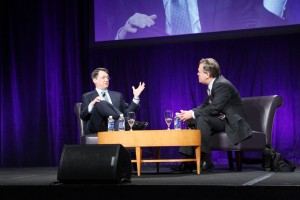 Institutional Venture Partners is a new relationship for LACERS. IVP closed Fund XV in April on $1.4 billion, its largest fund to date. The fund will take stakes in later stage venture financings, investing between $10 million and $100 million per deal, according to a press release.

Also in April, New Enterprise Associates (NEA) closed its 15th flagship fund. The firm closed Fund 15 on $2.8 billion and raised another $350 million through a co-investment vehicle called NEA 15 Opportunity Fund, according to a press release.

LACERS is an LP in NEA’s 13th fund, a $2.45 billion 2009 vintage vehicle. The retirement system’s $15 million commitment to Fund 13 netted a 21.8 percent internal rate of return through Dec. 31, according to pension documents.

LACERS had a 9.3 percent allocation to private equity as of Dec. 31, 2.7 percentage points short of its 12 percent target, according to pension documents. The $1.3 billion private equity portfolio has netted 10.4 percent since inception.