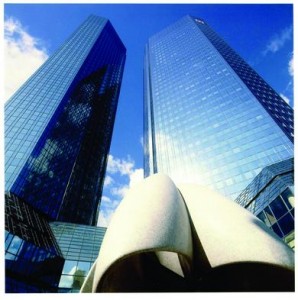 As private equity is one of the few corners of the financial world with money to spend, is following Citi’s lead and looking at the buyout shops to take the debt off their hands. According to EVCJ’s sister publication IFR, the portfolio is being touted to at least 15 private equity outfits and other institutional investors, with interested parties said to include and the (PIMCO), as well as the three buyers of the Citi portfolio.

These two sales are expected to be just the opening salvos in a mass leverage loan fire sale – RBS is also said to be looking to offload some of its LBO portfolio. Why is all this happening? For , it wanted to shed some weight before it takes on more when the US$48.5bn BCE buyout completes and if the US$19.4bn Clear Channel deal does, even if Citi is providing US$9bn of leverage for the debt sale. For Deutsche, which as of December 31 2007 had exposure to €36.2bn of leveraged finance, it simply wants to clear up its balance sheet to free up capital for new deals.

Private equity’s interest is opportunistic. Standard & Poor’s recently said most leveraged loans are trading at around 90 cents in the dollar, with 13% of leveraged loans trading below 80 cents. It’s attractive to buy because acquirers can expect to make 20% plus returns from their investments, and the debt is secured.

James Stewart, partner at mid-market buyouts firm , says: “There is no doubt that both European and US investment banks have high exposure to leveraged loans. One estimate puts European leverage loan exposure for US and European banks in the region of US$100bn. There an argument that a lot of this debt should be retained, as quite a lot of it is on reasonable covenants. But some banks are taking the view to reduce their exposure. With a limited number of, if any, LBOs being completed, there are significant opportunities in the market for opportunistic acquisitions of debt, where you can acquire senior debt at a significant discount and make quasi-mezzanine type returns on good quality debt.”

Some of the debt being bought by the three Citi buyers includes loans from their own deals, like Harrah’s Entertainment, the largest ever private equity casino deal at US$28bn, backed by Apollo and TPG. Blackstone too has expressed an interest in buying its own debt. In August last year Thomson Reuters quoted Blackstone president and COO Hamilton James as saying: “For companies that we worked on and were overbid, we’re starting to look at those as being very attractive investments where, frankly, I think we may be able to buy the debt, and get a higher return than the underlying equity … We’re looking hard at that and that is pretty appealing to us.”

A recent survey revealed that a third of the world’s top 20 buyout firms are considering buying back debt in their portfolio companies. Some have already started doing so. French LBO house PAI is believed that have acquired part of the €325m second-lien tranche of Lafarge Roofing. Apax-owned TDC, the Danish telecoms group, has been spending hundreds of millions on the secondary market. The buying up of such debt could create un-leveraged returns that are equal to equity returns or, as in the case of TDC, substantially reduce the cost of financing.

Many of large private equity firms already have CLO/CDO funds to target this part of the market – Carlyle closed its 10th CLO in late April on US$450m, and Blackstone is raising a US$510m CLO called Riverside Park. But the trend is beginning to filter down, with reports suggesting Providence Equity Partners is looking to raise a US$1bn debt fund.

In times when traditional deal flow is low, it’s good business sense to exploit alternative opportunities. But there are concerns. As Stewart says: “To what extent is this a strategy shift? To what extent have LPs enabled large buyouts funds to consider alternative investment strategies in the light of the economic climate and the reduction in the number of investment opportunities?” If LPs wanted to invest in CDOs and CLOs, surely they would have gone to specialists in that field and not private equity houses.

What it does signify is an attempt to increase liquidity in a currently illiquid market. Whether the de-leveraging of private equity portfolios is a short-term reaction to a volatile market, or the beginning of a new market for the secondary trading of portfolio debt remains to be seen.