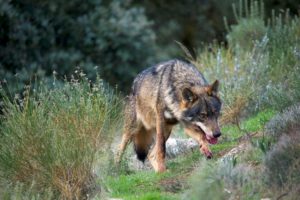 A long-time senior executive at Blue Wolf Capital, Michael Ranson, left earlier this year and launched his own shop, right into the teeth of the pandemic downturn, sources told Buyouts.

New firm formation has kept up through the downturn, though fundraising for emerging managers, and especially first-timers, has slowed. Most capital is flowing to well-established GPs from LPs comfortable with re-investing with managers they already know.

Ranson left Blue Wolf in April, according to his LinkedIn profile. He started Astara Capital Partners to focus on value-oriented investing and special situations.

The firm is actively looking for deals and likely will seek funding on a deal-by-deal basis, at least for the foreseeable future as the downturn keeps fundraising sluggish, sources said. Astara will likely seek to raise a traditional private equity fund but timing is not clear.

Ranson worked at Blue Wolf from 2008 to April. Before, he worked at GoldenTree Asset Management from 2004 to 2007, according to his LinkedIn profile. He also worked as a vice president at American Capital Strategies, his profile said.

At Astara, Ranson formed a team of investment executives and operators, many of whom have had prior experience working with Blue Wolf.

On the investment side, Rob Groberg worked as a vice president at Blue Wolf from 2016 to 2019, before which he worked as a senior associate at GenNx360 Capital Partners, his profile said. Mitchell Barth worked at Carnelian Energy Partners from 2016 to June 2019, his LinkedIn profile said.

On the operator side, Bob McKagen worked as CEO of Suwannee Lumber Co. and Caddo River Forest Products. He also was a director of The Mulch & Soil Co. At these companies, McKagen worked with other members of Astara when they were associated with Blue Wolf, according to Astara’s website.

Operator Chris Curti was an operating partner at Blue Wolf from 2014 to 2017, where he worked as chief financial officer of five portfolio companies. And operator Chad Barton founded American Builders Supply, which Blue Wolf acquired.

A handful of new managers have raised capital through the downturn. Knox Lane, formed by two ex-TPG Growth executives, collected nearly half of the $500 million target for its debut fund as of June, Buyouts previously reported. Long Arc Capital, launched by an ex-Goldman Sachs principal, launched its growth-oriented debut fund targeting $500 million.