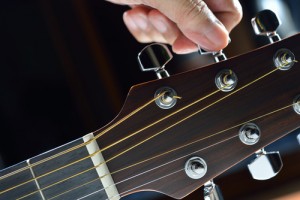 Assets Under Management: Oversees more than $20 billion on behalf of institutional investors, through a variety of accounts and products.

Role: Katharina Lichtner, Managing Director, based in the firm’s headquarters in Zug, Switzerland

Size of Last Fund of Funds: The sixth-generation fund of funds closed with $596 million at the end of 2007.

General Partners: Through its funds of funds, which have about $3 billion in assets, Capital Dynamics has backed Blackstone Group; Charterhouse Capital Partners; New Mountain Capital; KRG Capital; and ECI Partners.

Although the firm does not operate on a strict checklist basis, and does not have hard and fast rules on who does or doesn’t get a commitment, in light of the collapse of credit, and a recession that’s stretched on for months, the Swiss fund-of-funds manager is placing far greater emphasis on the following:

• The relationships that a buyout shop has cultivated with banks;

• The operational and strategic talents of the partners;

• The quality and diversity of a buyout firm’s limited partner base.

Capital Dynamics, which typically commits $10 million to $100 million to each of 35 to 40 private equity managers per year, believes the leveraged loan markets will stay challenging for some time, according to Katharina Lichtner, a managing director based in the firm’s headquarters in Zug, Switzerland. And in a leverage-starved environment, the adviser knows that it takes quite a bit more work to get financing packages together.

As a result, one of the key things the adviser looks for in conducting due diligence is a manager’s relationship with lenders. These days, Lichtner said, fund sponsors must have well-established, long-standing relationships with banks, particularly local banks healthy enough to step up to the plate to finance mid-market transactions.

To assess such relationships, Capital Dynamics makes a lot of reference calls. The partners call bankers to ask about their experiences working with a particular sponsor. How often have the sponsor’s portfolio companies breached covenants? How confident are they that the sponsor can find strong, stable companies to buy? “We expect a bifurcation between teams that can get leverage from banks and those that can’t,” said Lichtner. “And a team’s track record with a bank can look very different from the performance that a fund ultimately achieves for investors because you can breach covenants but still do well for your investors.”

Capital Dynamics has also stepped up its focus on the operational skills of fund managers. Lichtner, for example, wants to know how many people on the team have such experience, and whether they’ve run companies during an economic crisis. She’s particularly drawn to firms that have developed a network of outside executives—experienced managers who are on call to join boards or to replace senior management during a crisis. Having such a network gives sponsors the ability to solve problems in their portfolio, while also having the time to continue sourcing investments. “It’s a time full of potential but still very challenging,” said Lichtner. “It takes much more flexibility, creativity and experience to generate value going forward than it took in the last cycle.”

Indeed, Lichtner said she really wants to have a good understanding of how the value is created in individual portfolio companies, even if that means asking GPs to provide far more data than they’re used to giving. These days Capital Dynamics expects to receive EBITDA, sales and acquisition multiples for portfolio companies, as well as the equity and leverage at entry and exit, “so we can really dissect the data to see where value is generated,” said Lichtner. She wants to be able to split out whether it’s mainly through top-line growth, margin expansion, leverage or a combination of these that value was generated. “We really want to go beyond just cash flow, the multiple and the IRR to really understand what’s been done with the companies,” she said.

Team stability is another quality Capital Dynamics looks for. Carried interest is not always in evidence these days, and it’s very important that a firm’s compensation structure focuses on retaining the younger talent. “We want to see that a firm adequately compensates those of the team that will do the heavy lifting of the value creation to be able to retain them,” said Lichtner.

The adviser also looks at LP concentration, out of a belief that funds with a diversified investor base are more stable. Capital Dynamics looks for diversity in the number of investors, the type of investors and their geographical origin, to limit the impact if one category of LPs runs into liquidity issues. The firm believes that the pace of draw-downs is likely to pick up relatively soon, making this an even more important issue in the months ahead. “We expect liquidity issues to pop up as soon as investment activity starts, especially with those investors who don’t have extensive balance sheets or will not be able to cross-finance their private equity portfolio,” said Lichtner.

Regarding the due diligence process, the firm has a reputation of being very comprehensive and easy to work with. “Capital Dynamics was very thorough in its due diligence process in all the typical ways, such as assessing a GP’s relationship with lenders, understanding team dynamics, and staff hiring and retention processes, but also went the extra step in other areas, like digging into the substantive financial metrics behind each portfolio company to understand and assess current valuations,” said Theresa Shelton, COO of , a Denver-based mid-market buyout shop and one of Capital Dynamic’s general partners. “Capital Dynamics was also very focused on the substance of their diligence questions versus completing standard forms, providing the flexibility necessary for us to efficiently get through their process,” added Shelton.

Capital Dynamics manages more than $20 billion on behalf of institutional investors, largely through separate accounts, and annually commits $5 billion to $7 billion to private equity funds. About 55 percent of those dollars go to U.S. firms; 40 percent to European firms; and 5 percent to firms operating in Asia and elsewhere. About half of the investments target small and mid-market buyout funds worldwide.

The firm’s sixth-generation fund of funds, which closed with $596 million at the end of 2007, comprises four segments: diversified U.S. venture capital and buyout; European venture capital; European buyout; and a structured product with allocations to European and global secondaries.

All told, the adviser screens about 350 to 400 GPs per year, with about 60 to 80 of them entering the final stages of due diligence. On an ongoing basis, the firm proactively researches each segment of the market. For example, in the U.S., the small to mid-market, large to mega-market and distressed sector each has one senior investment professional that focuses on it. They know the funds that are in the market, the spin-out teams and the emerging managers, because “we maintain profiles on all of these,” said Lichtner.

Capital Dynamics divides the GP universe into what it calls its core market, or GPs with whom the firm plans to re-up; its target market, or those the adviser would like to develop a relationship with; and everyone else. Lichtner said the firm has some appetite for emerging managers, particularly if they are bringing something new to the market and if they have a particular skill set that gives them an advantage. “You always need to replenish the pool because some managers are moving into a different segment and other managers can’t recycle themselves anymore because they are on a declining path in terms of performance,” said Lichtner. “We are always looking to identify the next generation of top-tier management in each segment.”