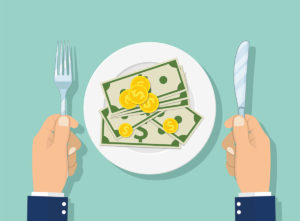 The big story of the pandemic-battered markets has been the rise of special purpose acquisition companies. Private equity managers have jumped into SPACs, raising these public vehicles even as they also raise and manage traditional private equity funds.

But as GPs revel in the exuberance of a burgeoning investment trend, some limited partners have begun to question potential conflicts around private equity firms making room in their organizations for both SPACs and PE funds.

The concern focuses on firms raising and managing traditional funds while also using firm resources to raise and manage SPACs without benefiting fund LPs. As well, LPs have concerns about potential competition between traditional funds and SPACs for choice deals.

The concern does not appear to be widespread in the LP community, in part because the rise of SPACs being raised by active private equity managers is still a relatively new phenomenon. SPACs, as they relate to private equity, have primarily been raised by managers unable or unwilling to raise traditional PE funds. But that has been changing in recent years, and the trend took off earlier this year.

Both LPs and GPs are still working through the best ways for partnerships to sponsor both funds and SPACs. But even in these early days concerns are coming into sharper focus and best practices are beginning to emerge.

“It’s a big conflict of interest for a fund to also raise a SPAC, particularly when there is overlap with the fund in strategy, size, etc.,” said Christopher Schelling, managing director at Windmuehle Companies and former head of private equity at Texas Municipal Retirement system. “How can investors get confidence one is not getting prioritized deal flow versus the other? The fund should eat first, but if the GP stands to make more money from the SPAC, you have to wonder.”

A SPAC is an investment vehicle that raises capital from public investors with a mandate to find one deal, usually in a specific industry, generally within two years. SPACs that don’t find deals in the prescribed time period liquidate and return money to investors.

The SPAC trend took off this year among private equity firms after years of being reserved for GPs who couldn’t raise new funds. As of Sept. 30, 185 SPACs had more than $58 billion, according to SPAC Research, Buyouts reported recently. That’s a huge jump from the $3.9 billion raised across 20 SPACs in 2015, SPAC Research found.

Helping to drive the interest in SPACs is a desire on the part of many GPs to find ways to hold assets longer than allowed for in the traditional private equity structure. This is a trend Buyouts identified last year and has continued to track. SPACs also represent a way for retail investors normally barred from exposure to private equity funds to invest behind GPs.

Some firms raising SPACs include AEA Investors, Oaktree Capital, Apollo Global Management, ACON Investments, Victory Park Capital and True Wind Capital. Oaktree and Apollo have been raising SPACs for a few years, before the latest trend took off this year.

What is driving concern among LPs is the idea that most firms do not hire separate teams to run SPACs – the strategy is incorporated into the operations of the fund. Yet this may not benefit LPs, who pay the GP management fees with the expectation that their focus will be on making money for fund investors.

“The question is, how are resources allocated between SPACs and the funds,” said Andrea Auerbach, global head of private investment research at Cambridge Associates.

Cambridge is fielding questions from clients about SPACs and potential conflicts, Auerbach said. She compared the rise of SPACs by active fund managers with the trend over the past decade of firms creating various forms of operating partner groups and consulting teams within their organizations.

“How is that paid for? How are they compensated? Is it owned by the fund, the firm … this is another situation in a long line of situations where we hope the GPs will be thoughtful in their pursuit of this investment strategy,” Auerbach said.

How GPs treat SPACs is primarily governed by limited partner agreements, which set rules for how much time senior executives should be spending on running the funds and the firm, and on deal allocation, according to Jason Auerbach (no relation to Andrea), partner with Debevoise & Plimpton.

“What is the obligation to offer investment opportunities to the fund? That ties in with what is the scope of fund, what is the investment mandate and objective specifically in the documents,” Jason Auerbach said.

A SPAC deal that falls outside the investment scope of the flagship fund “may not be problematic for LPs,” he said.

Investment mandates also could come into play with rules governing when GPs can launch new investment vehicles. Generally limited partnership agreements prevent a GP from raising a new fund until the prior fund is around 65 to 75 percent deployed. The question for a SPAC vehicle would be if that trips restrictions around new fund launches. A focus outside the scope of the fund mandate would help avoid that, Jason Auerbach said.

Also, LPAs dictate how much time GPs should spend on the fund and the firm. “Do the documents require them to devote substantial time to the fund or to the firm as a whole, in which case it wouldn’t even be a problem under the documents,” Jason Auerbach said.

Finally, GPs should be aware of perception concerns outside of legal precepts, he said. More communication would be better so LPs who may have just committed to a GP’s new fund aren’t suddenly blindsided by the manager launching a SPAC.

A few structures have emerged that incorporate LPs in SPAC investments: one is simply that the GP puts the SPAC in its active private equity fund. The GP uses capital from the fund for its “founder capital” commitment to the SPAC, and the SPAC itself becomes a portfolio investment.

This is how emerging manager True Wind Capital positions its SPAC. “We raised Nebula [Acquisition Corp], our SPAC, inside our fund with the explicit intention to create one good investment for the fund,” said Adam Clammer, co-founder of True Wind. True Wind closed its regular private equity fund, True Wind Capital I, on $560 million in 2017.

True Wind’s SPAC earlier this year ended up merging with Open Lending, a data analytics business in the automotive lending sector. The SPAC structure allowed the company’s management to keep a stake in the investment and participate in the business’s future growth by rolling a majority of their equity into the company as part of the deal, Clammer said.

“They saw tremendous upside in the future … the SPAC was the perfect solution for them,” Clammer said.

True Wind treats Open Lending like any other investment in the portfolio, Clammer said. “It happens to be publicly traded. The way we exit companies some of the time is through an IPO followed by secondary offerings over time … so this would be no different than any other private equity exit,” he said.

Other GPs may offer LPs access to SPAC deals in the form of a co-investment, sources said.

These structures help a GP avoid the perception, or the reality, of an alignment imbalance. As always, this becomes especially important in situations where the funds underperform, according to an LP consultant.

“It seems like a lot of SPACs are more lucrative to the manager than managing the PE fund would be, especially if a couple of assets in the existing funds are struggling and they’re not going to earn their carry,” the consultant said.