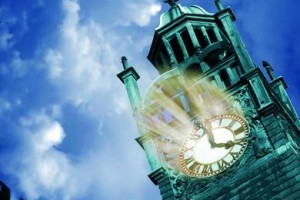 After a year in which private equity bosses were grilled by UK legislators over their tax arrangements and slammed by trade unions and others over alleged asset-stripping, the Walker report was intended to put things right.

Former banker and City regulator Sir David Walker published his code of conduct in November, with voluntary guidelines for GPs to follow. This came after criticism that the industry was too secret and risked losing public trust, particularly given the acquisition by private equity of large listed companies such as Alliance-Boots.

Walker called for regulation that would be a midway point between private companies that did not go to the public markets for capital, and the more onerous regime for listed companies.

Some of the recommendations in the final report were watered down compared with the initial consultation report in July. For example, there was reduced disclosure proposed for individual GPs and more time given to them to produce annual reports for their portfolio companies. Also, the criteria affecting which portfolio companies would be subject to the code was tightened, with the consequence that fewer companies will be affected.

The main proposals were that private equity firms operating in the UK should publish an annual description of their structure, investment approach, the leadership of the firm and arrangements to deal with conflicts of interest. They should commit to follow the guidelines on a “comply or explain” basis and describe LPs by geography and type. They should also follow established guidelines on valuing assets, report to the as part of its enlarged data-gathering role and agree to communicate in a timely and effective way with employees of portfolio companies.

UK portfolio companies will be expected to publish an annual report and accounts. They will also publish a business review. This will cover trends and factors influencing the company’s development and its performance and position. There will also be information on employees and environmental/social issues made available.

Opinion from LPs on the Walker guidelines is mixed. Some say that they already receive a good flow of information from GPs and that some larger private equity firms were already moving towards more disclosure. Others, however, while welcoming the broad thrust of Walker, believe he should have gone further in areas such as requiring more standardised reporting.

George Anson, head of fund-of-funds ’ European operations, says that generally LPs already get a good level of information from GPs on portfolio companies. But he complains that this flow of information has been threatened by media calls for greater transparency and legislation such as the Freedom of Information Act in the UK and US. “It’s like the law of unintended consequences,” he says: “The more GPs are concerned people will use the FoI legislation to get LPs to disclose confidential information, the less inclined they will be to pass that information to LPs.”

He says that better reporting and standards of transparency are to be welcomed, but that subjecting it to legislation or regulation can lead to problems. Instead, he says, it would be better to leave the issue of transparency and disclosure to the market. “Before Walker, there were already decisions by Permira and others to commit to more transparency for their larger portfolio companies,” says Anson.

has certainly been one of the leaders in encouraging more transparency. For its 2006 fund it insisted that investors give Permira the right to identify them to third parties, which is believed to be the first time a private equity firm made this condition. It is believed that many LPs were reluctant to agree but eventually gave their permission, with only one investor categorically refusing to agree to the condition.

Permira has said it does not intend to make their names public but needs to have the power to make such disclosures because of regulatory pressures, the possible need to make disclosures to other interested parties, where appropriate, and because disclosure requirements are likely to be become more stringent in the 10-year life of the fund.

Although the Walker guidelines do not specifically cover identification of LPs, this could be an issue in the future, says a director at one of the large London-based private equity firms: “I think this is an issue that will become more important in the future because private equity firms will want to be able to defend themselves against claims that they’re getting their money from gangsters or drug runners.”

He believes Walker is “not the endgame”, but rather the beginning and that the disclosure required of the industry will evolve: “The history of business has shown that once you agree to give more information, there is increasing demand for greater disclosure. Look at how the reporting requirements on public companies have expanded.”

Sam Robinson, a director at , says that SVG would not have a problem in being identified at the time of a fund being closed, although “it would be nice to be asked first”. He adds: “I don’t think most institutional investors would have a problem with it, but maybe for some individuals it would be sensitive.”

In general terms, he says, SVG is happy with the level of disclosure from GPs and with the proposals for disclosure contained in Walker. He says: “There are probably more issues around disclosure in the VC world than in private equity, as private equity investment is focused on established companies where you can see what they’re doing. VC investment can be more sensitive as a company could be working on a technology it doesn’t want others to know about.”

But Robinson adds that there may always be difficulties if across-the-board rules on disclosure are required: “There are always exceptions to the rule, so I feel a little uneasy about any blanket disclosure that is imposed.”

Those LPs that are more concerned about disclosure and transparency are the smaller investors, says David Paterson, head of corporate governance at the National Association of Pension Funds (NAPF). He says that in general pension funds are pretty satisfied with the levels of disclosure from GPs. But he adds that it can be more difficult for the smaller funds, which don’t have the resources of the larger investors to do their own analysis.

Because of this, says Paterson, it is important the GPs provide a better quality of information and he says that the Walker guidelines do not do as much as they could in this area.

The NAPF would like the private equity industry to adopt Global Investment Performance Standards (GIPS), so that the same performance and reporting standards apply across the market and so LPs can make informed decisions. “Use of GIPS would make the information much more robust,” says Paterson, adding that the private equity world is extremely complex and using the same reporting standards would help reduce that complexity.

Another issue the NAPF raised in its response to the initial consultation was whether a “comply or explain” regime will deliver changes in behaviour when there is no apparent sanction for non-compliance. “It works in the public market because there is extensive dialogue between investors and companies and because the AGM gives investors the ability to call management to account,” said the NAPF.

Michael McCersie, assistant director (capital markets) at the (ABI), says the was also concerned about the weakness of a monitoring role in the initial proposals, but that the final report had addressed this. A body to monitor the code will be headed by BT’s chairman, Sir Michael Rake. Any private equity houses that refuse to comply could face exclusion from the BVCA.

McCersie says that generally LPs are satisfied with the level of transparency in private equity funds and that the calls for increased transparency came more from other stakeholders, notably trade unions.

But he criticised the narrowing of the criteria on which portfolio companies would be subject to the guidelines. “In the initial proposals the criteria related to either the size of a company or its workforce but in the final report it was both. The requirements that companies must have 50% of their turnover from the UK is quite a high threshold, as many UK-listed companies would not meet that level and yet they are still seen as part of the UK plc universe,” says McCersie.

He adds that he would have liked the private equity industry to have been willing to be treated in the same way as the listed company sector. “Where there are areas of doubt, we’d like to have seen an attitude of ‘let’s be as transparent as possible,” he says.

McCersie says: “Our members were not saying they needed extra transparency in order to make investment decisions, but it does seem to reduce the usefulness of the exercise if you’re getting increased transparency for some companies but not for others, as it means LPs will make less use of the changes.”

The NAPF sponsors the UK Investment Performance Committee (UKIPC), which promotes investment reporting standards. A private equity representative, proposed by the BVCA, will be given a seat on this committee and Paterson says he hopes greater partnership between the NAPF and the BVCA will ensure that reporting standards are improved in the long term.

Paterson says: “Walker is a good starting point but there is further to go. I was involved in the combined code on public companies and that evolved over time and was regularly updated. I think the same will happen with Walker.

“There are a lot of good things in the guidelines but the test will come when it’s put into practice, as there are bound to be flaws that emerge. There’s a strong case for being pretty ambitious about where we want to get to, but recognising that we’re not going to get there in one jump.”

The ABI’s McCersie also points out that there are other controversial issues facing the private equity industry that were not covered by the Walker report, but which may have to be tackled at some stage. For example, Walkers’ remit did not include the wider issues of tax and use of leverage.

It would be wrong to accuse Walker of ducking these issues, says the ABI, but it argues that they will have to be tackled if the industry “is to fully address legitimate concerns as to its ability to generate overall investment value other than by financial engineering”.