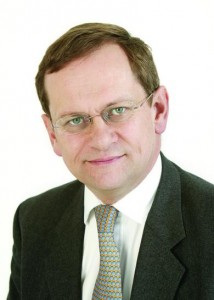 , a UK mid-market private equity firm, has recruited three senior advisers as part of a move to tap investment opportunities in the legal services industry.

Jeremy Hand, managing partner of Lyceum Capital, formerly known as West Private Equity, said there is substantial opportunity in the legal services industry, estimated to be worth approximately £10bn (US$20bn). “The legal services market is large, fragmented and offers considerable potential for continued growth – all characteristics of the sectors in which Lyceum has been successful.”

Hand added that the firm anticipates “consolidation of small and mid-sized legal services businesses” following the recent Legal Services Act 2007. The act enables law firms for the first time to secure private or public investment, as well as allowing non-lawyers to compete in the provision of legal services.

According to research by Smith & Williamson, private equity is likely to be the most attractive provider of such investment, with small to mid-sized legal firms seeking capital of up to £20m each over the next five years.

“Although the act does not come into full force until 2011, now is the time to build the early businesses that will have first mover advantage when the act’s changes come into effect in three years’ time,” said Hand. Williams added that along with the “opportunities and challenges” presented by the act, it will “clearly transform the profession over the medium term”.

In addition to his stints at Clifford Chance and Andersen Legal, with the latter including a period as head of its UK practice, Williams established Jomati Consultants, an international management consultant to the legal profession, in 2002.

Lyceum Capital, which raised a new fund in February of this year at £255m, approximately 25% more than its target, has acquired 10 platform companies and 33 bolt-on businesses since 2000. Portfolio companies include Southern Cross, Asquith Schools, Clinovia and Synexus.