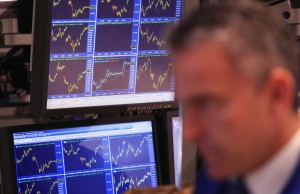 Kohlberg Kravis Roberts & Co. has raised about $6 billion for KKR North American XI, which has an $8 billion goal. U.S.-based buyout and mezzanine shops have secured about $14.6 billion so far this year.

In addition, Strategic Value Partners LLC completed its most recent fund. The Greenwich, Conn.-based firm collected $918 million for Strategic Value Special Situations Fund II LP. The fund had a $1 billion target, up from its original goal of $600 million.

Thomson Reuters, the publisher of Buyouts, tracked 18 transactions by U.S.-based financial sponsors from Feb. 9 to Feb. 22. Six had known financial details and combined for roughly $3.4 billion. Year-to-date deal volume climbed to about $8.8 billion.

The period’s top deal involved Apollo Global Management LLC’s purchase of an undisclosed majority stake in Taminco NV, a manufacturer of alkylamines and derivatives, from CVC Capital Partners Ltd for about €1.1 billion ($1.435 billion).