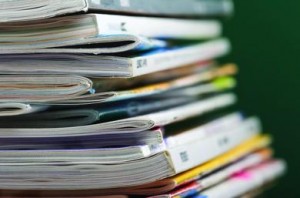 Appetite for major European leveraged buyouts over the rest of the year will be determined in the coming weeks as sales processes for media companies Informa and Reed Business Information reach a climax.

The deadline for second-round bids for the latter division is Thursday September 18. And the private equity consortium eyeing Informa must lodge a firm intention to make an offer by 5pm on Thursday September 26 or withdraw for six months.

The Takeover Panel issued the “put up or shut up” deadline after speculation that the consortium of Providence Equity Partners, Carlyle and Blackstone might return with an enhanced offer for Informa.

Last Friday, September 5, the business magazine publisher rejected the 450p a share proposal from the consortium, valuing the group at £1.87bn. That was below the 506p a share level at which the putative bidders indicated in July that an offer might be made. That offer included a declared Informa dividend.

Since then, the consortium has struggled to raise the necessary finance to make an offer viable. However, a mandate for a £1.5bn loan has now been organised by Barclays Capital, ING, JPMorgan, RBS and BNP Paribas, among others. That represents five times the target’s Ebitda. Additional mezzanine lending of £400m is believed to have been arranged.

UBS analysts Polo Tang and Alastair Reid initially said: “We believe both Informa management and Providence are keen to consummate a deal, but the main stumbling block has been financing.”

This prompted Informa’s shares to rise by 7% to 455p but over the past week they have fallen by 14% to 387.5p as hopes of a buyout have receded. However, a fresh proposal has not been ruled out that would see the consortium add more equity to its offer.

The consortium told IFR Buyouts Europe that it was “disappointed by the swift rejection of its proposal” and was “considering its position”. However, it added that “whilst it is not ruling out any course of action, there can be no certainty that it will be prepared to make an offer, either at an increased price, or at all”.

One broker suggested that a 475p a share proposal would gain a recommendation from Informa’s board. However, sources said that was “unrealistic”, given recent market conditions, and that the consortium would prefer to add only a few pence to its 450p a share bid.

The consortium is understood to have agreed its existing financing deal with the banks on an all-in or none-in basis, meaning that if any bank were to walk away the bidders would have to find a replacement rather than rely on the remaining group to pick up the slack.

Greenhill is advising Informa, with Hoare Govett and Merrill Lynch as brokers. It is believed that JPMorgan is advising the consortium.

Some sources have said that the consortium could instead turn its sights on Reed Business Information, the business-to-business publishing arm of Anglo-Dutch media group Reed Elsevier, which is expected to fetch up to £1.25bn.

Both private equity firms and trade rivals are expected to lodge proposals by September 18. As well as Providence, Apollo, CVC, TPG, and Bain Capital are the financial buyers thought to be interested.

Possible strategic purchasers would be US group McGraw Hill, backed by private equity groups Advent and Quadrangle, as well as a subsidiary of German publisher Bertelsmann called Gruner + Jahr.

Reed might consider selling parts of the division, which publishes such titles as New Scientist and Computer Weekly, and more than 100 others. It is also prepared to offer bidders a loan of US$330m at 10% above Libor. Reed Elsevier would not comment on any speculation connected with the sale.