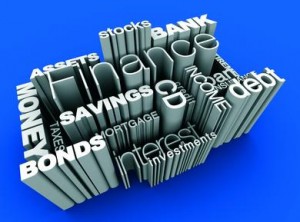 To people used to striking ambitious deals with potentially huge returns, insurance can seem like the mundane end of the financial services industry: it is not the first sector you’d expect to be hit by crisis with toxic effects on everyone else. But in recent weeks that is exactly what’s happened. “Among the myriad of negatives that surround financial stocks today, we see no issue more critical than the fate of the monoline insurers,” writes the respected Oppenheimer analyst Meredith Whitney. A problem facing a small number of US-based firms who started out as guarantors of municipal bonds could transform the capital markets for everybody.

In early December 2007, the ripples from the sub-prime crisis reached the monoline insurance industry, when Moody’s revealed it was likely to downgrade the credit rating of , one of the two biggest players (the other is ; between them the big two are believed to insure US$2.4trn of bonds). Monoline insurance companies started out in the 1970s in the business of US municipal bonds – lending their triple-A rating to public authorities seeking to raise capital, in exchange for a premium. Nowadays they have a role in everything from huge infrastructure projects to leveraged buyouts – hence the risk of contagion.

The problem is that although they are well-established and successful businesses, the monoline insurers have thin capital bases. In the autumn, before the crisis hit, MBIA had outstanding insurance on just over US$1,000bn of debt, compared with US$14.2bn of claims-paying ability. All the monoline insurers urgently need more capital to guarantee they can meet liabilities. The problem was exacerbated later in December when Warren Buffet’s entered the monoline market – with the express intention of picking off the core business of MBIA and Ambac, municipal bonds, but staying well away from the riskier structured credit side.

Frank Chang of C.P. Eaton Partners in Connecticut believes the rating agencies like bear a share of the blame for the domino effect. “The rating agencies basically dropped the ball by mispricing risk in the structured credit markets. It is critical for the market to regain confidence in the agencies before structured assets can trade efficiently, and risk can be repriced for securities such as CDOs.” If the rating agencies are at least in part to blame, the losers from the situation are the banks. “Banks have kept a large percentage of the CDO debt that they have originated on their balance sheets, with insurance in the form of credit default swaps to which the monolines are counterparty. A downgrade of the monolines would force banks to reduce the value of these assets, increasing their regulatory capital requirements: not a particularly good environment for taking on more credit risk.”

By mid-January this year, with the main monoline companies still struggling to raise the capital to shore up their balance sheets, the crisis had spread to the bonds they insured. On 21st January, Fitch lowered its rating from triple-A to double-A on bonds issued by Arsenal football club, Punch Taverns, Sydney airport and Tube Lines (for London Underground projects) because in each case the bonds had been backed by monoline insurance whose value was now in doubt.

Arsenal will not have to sell their best players just yet. But Nick Soper, who runs Investec’s debt advisory business, notes that it can still be bad news for companies whose bonds have been downgraded: “It’s all in the terms of each deal. Such borrowers are not themselves to blame for the downgrade – they are not materially more likely to default as a result – but for those whose interest margins ratchet against a ratings-driven grid, interest cash costs will rise. It’s clearly unwelcome for each affected borrower – but the big issue will be the overall hits on investors’ marked-to-market bond portfolios and hence the systemic implications for all borrowers.”

For the monolines themselves, for whom their triple-A rating is effectively all they have to sell, being downgraded by the main rating agencies is very serious indeed: their business has already practically dried up, and at least one of the major players could go bankrupt. To date, the only monoline to receive downgrades from two agencies – usually required for such a move to impact on a company – is a relatively small one, FGIC, cut by both S&P and Fitch. Ambac, the second largest monoline, has been cut to double-A by Fitch, while the other monolines are on a variety of different potential warnings.

In the UK a great many of the PFI projects in the public sector depend on monoline insurance for their favourable terms. In the US, where monoline failure would have an immediate impact on municipal and state governments’ abilities to undertake capital projects, the alarm is even greater. The New York State insurance regulator – with the support of the Federal Government – has taken the lead in trying to get the banks to step into the breach with a capital bailout for the big monoline insurers, to the tune of US$15bn. They aren’t keen, having had to swallow losses of their own, but the alternative of letting them fail may be even more unpalatable.

One of the men who holds the future of the big monoline insurers in his hands is Thomas Abruzzo, managing director of Financial Guaranties at in Chicago. He has to weigh the issues that decide the monolines’ credit ratings: “The factors include the companies’ current capital position and financial strength, as well as their business position in their respective markets. The issues facing five of the monolines, which were initially rated triple-A and are now on Rating Watch Negative, is their significant exposure to CDOs backed by sub-prime mortgage collateral. We know that the monolines are in discussions about capital injections, but these we believe are at preliminary stages and carry execution risks – Fitch is not waiting for the outcome of these discussions to make our credit decisions.” He rejects the idea that pressure from the Federal Government, regulators, the banks and unprecedented media interest could affect their analysis. “Outside forces don’t influence us. We call it how we see it.”

The crisis in monoline insurance is not the only factor pushing in the same direction; even without it, all the signs are that there would be a severe tightening in capital markets due to the sub-prime crisis and the threat of recession. Banks, which until recently had no difficulty offloading the risk from LBO debt, are now struggling – at the beginning of February a group of US banks were unable to syndicate US$14bn of debt from the acquisition of Las Vegas-based Harrah’s Entertainment, and the US$15bn of debt from the buyout of Clear Channel Communications is also threatened. Existing loans from LBOs in some cases are trading at 80 cents to the dollar – effectively wiping out the equity. With market sentiment this fragile, a further meltdown among the monoline insurers would be potentially catastrophic.

A typical private equity concern is unlikely ever to have directly had dealings with a monoline insurer, and they could be forgiven for thinking this particular storm might pass them by – but they could be wrong. According to Nick Soper at Investec: “Where the private equity houses really could be affected would be in a generic sense, if the debt markets receive a further shock. We already know that leverage multiples have fallen significantly over the last year, particularly against the aggressive debt structures seen in the first half of 2007. Just think of the impact on the debt market of another really big shock – like one of the big monolines going out of business. All the banks will be affected in some way, some more than others.”

What happens next? Edward Eyerman, head of European leveraged finance at Fitch Ratings, does not believe the leveraged buyout business need panic: “The European leveraged credit markets have benefited from the fact that for 2006 and 2007 deals, representing 80% of outstanding deals, long-term debt is in place, meaning leveraged borrowers are not forced to come back to the market at the moment to refinance. If you are KKR and have just bought Alliance Boots, you don’t have a financing problem, so the focus can remain on operations and delivering revenue and profit performance.

“Of course, the real risk to the leveraged credit market is that the impact of the credit crunch reaches the broader European economy, threatening the revenue and profit performance of highly levered borrowers. These borrowers have time to weather tight financing markets, though due to high leverage levels they are vulnerable to potentially underperforming revenue and profit projections. If it lasts longer than anticipated, many borrowers will have trouble generating the cash flow necessary to convince the market that they can refinance at the appropriate time. Almost every deal we review has refinancing risk, though that risk is generally well beyond 2010.”

Will monoline insurance revive in some guise? There is certainly a market for this kind of business; but would any new entrant, or indeed any refinanced MBIA or Ambac be willing to provide the same service that has got the current players into so much trouble? Edward Eyerman at Fitch Ratings in London believes “the damage is already done. The monolines are unlikely to go back into structured finance markets in the future. As a result, sponsors will now have to rely heavily on European banks for senior loans, rather than CLOs, and consequently the size of deal you can do in private equity will be smaller and on more conservative terms. In the current market, deals will have to be less than €2bn in order to be placed effectively, as syndicates of banks can only accommodate that much. Larger deals, previously financed by CLOs and leveraged hedge funds, will not have access to institutional loan buyers as they used to. They will have to seek refinancing of jumbo loans with a combination of bank-driven loan conditions and high-yield bonds.”

It is a bleak picture – the crisis in the monolines is not just a cyclical downturn, but potentially a permanent closing of a golden era for leveraged buyouts. This is not the view of Anne Gales, managing director of in London, however: “You will see a decrease in larger LBOs, and banks will push sponsors to put more equity in the deals, but good deals will still go ahead,” she says. “We’re not in a meltdown – it’s just that pricing will be different. The situation is giving mezzanine and distressed players excellent investment opportunities. In addition, the fundamentals in Europe are still good, offering excellent investment opportunities based on strong growth and less dependent on leverage. Particularly in the middle markets and below there are private deals to be done with good returns, and in the current climate there will be less competition. You’ll have to pay more for your financing, but you will still do well. Smaller, specialist funds will prosper in this period.”