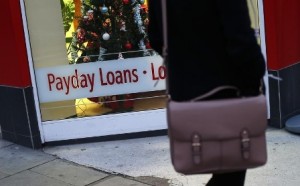 New Jersey’s investment in JLL Fund V drew fire from activists and organizations like the NAACP and New Jersey Citizen Action, both of which characterized ACE as a predatory lender at the council’s May 27 meeting.

Those portrayals and the illegality of ACE’s business model within the state moved the council to explore the possibility of tighter investment standards for its general partners moving forward. New policies could prohibit investments in businesses that engage in practices that are illegal in New Jersey, and several council members voiced support for an environmental, social and governance (ESG) standard.

While Byrne said the state should implement a more comprehensive due diligence process, he also said any new standards considered by the council should not inhibit the state’s ability to pursue its long-term investment strategy.

“There’s a very clear and bright line with a practice that’s illegal in New Jersey versus a business that’s based on something people don’t like,” Byrne said after the meeting, adding that the council in the future would find ways to “ask the kind of questions raised today.”

“We thought the chair gave the issue a lot of attention and we felt that it was taken very seriously,” Beverly Brown Ruggia of New Jersey Citizen Action told Buyouts. “Most encouraging was the discussion about looking at the policy, which means they could, I hope, be putting systems in place to avoid doing investments like this in the future.”

Before committing to a new private equity fund, New Jersey scrutinizes the general partner’s investment strategy, returns, leadership, fees, fund terms and track record, according to a staff presentation at the council’s May 27 meeting. The process is meant to prevent underperformers and bad actors from finding their way onto the state’s roster of investment managers.

The existing process helped New Jersey generate strong returns – its alternative investment portfolio outperformed its total fund over the last five years – but it also left the pension blind to the issues at ACE.

In July, the Consumer Financial Protection Bureau slapped ACE with a $5 million penalty for falsely threatening lawsuits and harassment. The company paid another $5 million in refunds to customers. A source with knowledge of the investment characterized the settlement as perfunctory.

“It was easier to settle than it was to fight,” the source said.

Six months later, New Jersey approved a $150 million re-up to JLL’s seventh flagship fund, though the commitment remains subject to legal approval. Staff never questioned JLL about its investment in ACE, and several council members said they were unaware of the settlement when they approved the new commitment.

“I don’t want to make excuses but, the place is thinly staffed,” Byrne said. “You can have all the staff you want, you can still miss something.”

Getting out of ACE

Preventative measures could have kept New Jersey’s pension from its current situation, looking for a way out of ACE but with little room to maneuver.

Unlike public company stocks, which are more liquid, New Jersey is tied to its stake in the payday lender for as long as JLL Fund V owns the company. The firm attempted to sell ACE several times but has yet to do so, McDonough said during the meeting.

Staff already explored forming a separate account with JLL that would excise the pension’s $4 million stake in ACE from their overall interest in Fund V. The firm’s counsel vetoed that idea, however, citing the SEC’s scrutiny of situations where GPs treat different LPs in the same fund differently, McDonough said.

That leaves the option of a secondary sale of its stake in the JLL fund, which will require analysis of each of the fund’s six remaining portfolio companies, McDonough said during the meeting. New Jersey will only move forward with a sale if it feels it can get a fair price.

“We’d love to get out of it. The question is, how do we get out of it? If it’s worth $10 million, do we sell it for $100,000? I don’t think that does the beneficiary much good. So there’s that balance between trying to get out of it, and not being associated with it, if we can, but also doing it in a way that won’t negatively affect the beneficiaries,” said council member Guy Haselmann during the meeting.