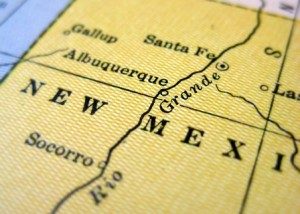 Bridgepoint essentially closed fundraising for its latest fund on 5.5 billion euros ($6.72 billion) in December. The legal process to round off the allocations is under way, a company source said. Europe Fund VI will target investments in the European mid market.

New Mexico has previously committed a total of $157.8 million to Bridgepoint Funds III, IV and V.

“As our portfolio matures, we are looking for greater diversification and returns,” Wollmann said. New Mexico SIC manages $24.27 billion for the state.

In part, the geographic diversification will help in “downside protection/crisis mitigation,” according to New Mexico SIC’s FY 2018 annual investment plan.

Europe and Asia-specific funds are the beneficiaries of this strategy. The private equity target portfolio allocation range for Europe is 10 to 25 percent; it stood at 16 percent as of Sept. 30, 2017, up from 14 percent on Dec. 31, 2016, according to presentations. The Asia allocation stood at 9 percent in September 2017.

In addition to Europe, the New Mexico council also increased its exposure to Asia in 2017. It committed $100 million to Affinity Equity Partners’ Fund V. Portfolio companies include the Korean Oriental Brewery, which makes Cass beer, and TEG Pty Ltd, a live ticketing company in Australia and New Zealand.

“Our long-term goal is to have 30 to 35 GPs and about 50 to 60 funds,” Wollmann said. It would make for better administrative control and oversight, he said.

New Mexico SIC has about 95 GP relationships, including 16 managers with a focus on New Mexico locally. This includes a core group of less than 30 GPs, including Ares and TPG. “Their performance has led us to invest in different strategies with them,” Wollmann said.

The council is adding new relationships to its portfolio. New Mountain Capitalmarked a first-time commitment in 2017, Wollmann said. New Mountain invests in industries like healthcare, education and software.

The PE portfolio gained more than 11 percent for the 12 months ended March 2017. At a 9.59 percent three-year return, New Mexico SIC’s performance trailed its benchmark Cambridge US Private Equity Index return of 10.3 percent (which lags by one quarter).

New Mexico SIC’s PE portfolio has more than $1.5 billion in assets and an allocation target of 12 percent. With new commitments of $550 million to $600 million this year, the private equity allotments are expected to grow to 9.9 percent of total assets, up from 8.9 percent in 2017 and 8.3 percent in 2016, presentation show.

LP Capital Advisors advises the council on its private equity portfolio and does due diligence on prospective fund investments.