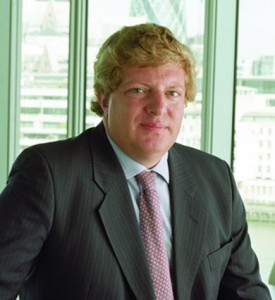 • , the private equity arm of , carried out two exits this fortnight with the sale of , a manufacturer and distributor of infection control products which follows the realisation of , the UK’s sixth largest private acute hospital operator, to Cinven-owned for £145m. acquired Verna Group for an undisclosed sum. backed a £60m management buyout of Verna in May 2005, led by chief executive Karen Haslam. Classic hospitals is the sixth largest hospital group in the UK and consists of 10 hospitals with 369 beds. The acquisition of the company makes Spire Healthcare the second largest healthcare company in the UK. Debt facilities have been provided by Lloyds TSB Corporate Markets, Calyon and GE Leveraged Loans. Spire Healthcare, was formed out of the sale of hospitals to Cinven for £1.44bn, from healthcare group, BUPA in August 2007 .

• , a French listed investment group, is to partner with UK or US investment funds in it’s stake-building in building materials group as it attempts to slash costs. It is reported that Wendel believes Saint-Gobain can make up to €1bn in cuts, despite Saint-Gobain’s recent announcement of plans to cut costs by only €300m. The report said it would seek allies among investment funds in the US and UK, without citing sources. Wendel is currently Saint-Gobain’s largest shareholder with a 17.87% stake.

• BC Partners has completed its US$4.6bn cash purchase of , after finally agreeing a financing deal with its banks. The UK-based private equity house is acquiring about 76% of Intelsat, valuing Intelsat’s equity at US$5.03bn, but Intelsat has an enterprise value of around US$16.5bn, which includes debt on its balance sheet. Rather than refinancing all of Intelsat’s current debt, reportedly asked its principal banks, , and , to roll over the debt.

• , a pan-European buyout firm headed by former Nomura banker Guy Hands, is expected to face off against and in second round bids for music group . A price of £150m to £190m is expected for the music label. Also said to be considering offers are Nick Firth, former chairman of BMG music publishing, backed by an unnamed private equity fund, and US-based .

• Shares in have lifted slightly after a decline yesterday, despite fresh speculation that the UK pub chain is subject to interest from private equity firms. It is thought that US private equity house The Blackstone Group and pan-European buyout firm have teamed up for a joint bid for Mitchells & Butler. Other speculation suggests has teamed up with US peer . Lack of available credit has led to some critics dismissing the speculation, although the presence of racing tycoons and minority shareholders John Magnier and JP McManus in addition to the heavyweight buyout firms could add more weight to the rumours. Previous reports suggested interest from Cinven, TPG Capital and CVC.