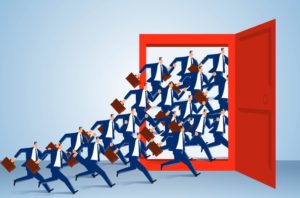 Oak Hill Capital returned to the market with a sixth flagship buyout fund, as private equity GPs of all types and sizes contend with challenging fundraising conditions.

The vehicle, which comes less than two years after the $3.91 billion close of Fund V, has so far secured $2.65 billion, Private Equity International said. This suggests Oak Hill has already made considerable progress in what is viewed as a tough fundraising environment.

GPs are bringing new offerings to market at a faster pace and often with bigger tickets. In recent months, proliferating PE fund products have met with reduced supply due to cash-strapped and overallocated LPs. This is expected to slow fundraising, at least compared with last year’s robust activity, in part by extending timelines.

Early evidence of the trend was seen in the first quarter. Some 164 North American PE vehicles collected almost $132 billion, down 24 percent from a year earlier, according to Buyouts data.

Fund VI is part of a series that stretches back to 1999, when Oak Hill, the one-time family office of US billionaire businessman Robert Bass, raised its first outside capital. Bass holds a minority interest in the firm, as does GP stakes investor Stonyrock Partners.

To date, Oak Hill and its predecessors have invested in roughly 100 PE transactions. Its most recent platform deal, announced in March, was the acquisition of Greenlight Networks, a fiber-to-the-home provider.

Late last year, Oak Hill partnered with Canada Pension Plan Investment Board in the recap of Berlin Packaging, a packaging products and services supplier. It also completed the acquisition of US Oral Surgery Management in a deal valued at $700 million-plus, sister title PE Hub reported.

Oak Hill has traditionally been the top investor in its funds. The 2020 close of Oak Hill Capital Partners V, which included commitments from CPPIB and Minnesota State Board of Investment, marked the largest amount of third-party capital raised in the firm’s history.

Fund V was as of March generating a net multiple of 1.12x and net IRR of 22.62 percent, according to MSBI.

Oak Hill is led by managing partners Brian Cherry, Steven Puccinelli and Tyler Wolfram. It declined to provide a comment on this story.