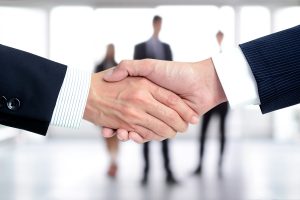 One Equity Partners and FS Investments ended a joint venture that focused on directing capital from high-net-worth individuals into middle-market investments.

The joint venture, launched in 2016, officially ended in December but had been winding down through last year, sources said. One Equity said in its Form ADV published in March 2017 that it terminated the joint venture.

No investments were made and all capital was returned to investors, according to a person familiar with the program.

As part of the program, FS Investments, formerly Franklin Square Capital Partners, raised capital mainly from its networks of wealthy investors. One Equity was to use the capital to invest in middle-market companies.

FS OneEquity was structured as a holding company rather than a fund, the person said.

It’s not clear how much the joint venture was intended to raise, but it didn’t generate as much capital as expected, according to the source. Also unclear is how much FS OneEquity raised, but it was under $100 million, the person familiar with the program said. Fundraising documents through 2016 showed FS OneEquity raised more than $50 million.

The joint venture is separate from One Equity’s traditional PE funds. The firm has been talking to LPs about launching its next fund with a potential target of $1.75 billion. Fund VII is not officially in the market but should launch soon.