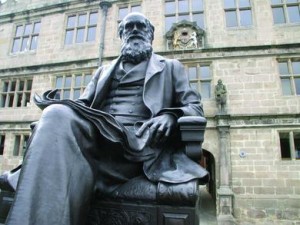 The private equity industry is bracing itself for a move towards consolidation. Despite the lack of precedent, four-fifths of private equity executives believe their industry will consolidate this year, according to the latest survey from law firm Simmons & Simmons.

Of the 700 private equity professionals surveyed, 79% expected the industry to consolidate during 2009. The report explains it will come in the form of struggling buyout houses being forced to merge and mega-buyout firms looking increasingly to expand their product line by acquiring niche players.

So far, mergers and acquisitions in the private equity industry have been rare, but with a gruelling financial market predicted for 2009 and beyond, nothing is being ruled out.

Arthur Stewart, a partner at Simmons & Simmons, recently told the FT he is convinced that consolidation will happen and even went as far as to call it inevitable. “What stopped consolidation before was that we were in this credit bubble that was sustaining an ever-rising number of buy-out firms.”

He believes that two kinds of private equity mergers will occur. Firstly, firms that are unable to raise fresh funds due to poor recent investments will join together to present a fresh face to investors. Secondly, the largest private groups, such as Blackstone and KKR, will diversify their acquisitions to fill the void left by the retreat of the larger player in investment banking.

The survey backs up Stewart’s analysis, as the majority of private equity executives believe consolidation will be brought about by firms’ inability to raise new funds causing the winding-up of businesses, while the remainder said it would come from mergers between the strong and the weaker.

“We will see some private equity firms disappear; whether LPs will sack them or LPs will make them give their portfolio to another manager. There will be some consolidations but I doubt there will be any M&A consolidations,” says Mark Spinner head of international law firm Everdsheds.

Co-founder of LBO giant David Rubenstein has also declared that in order for private equity to reign supreme again it needs to eliminate the competition. “We have too many private equity firms. A lot of them should go away,” he said. “There will be few firms that don’t return [all of] the capital of their funds.”

But despite Rubenstein’s comments, and the overwhelming number of respondents who see consolidation as a definite prospect, there are still many that are skeptical as to whether consolidation will occur at all. Michael Hoffman, co-founder of Palamon Partners, says he doesn’t know where Simmons & Simmons are getting their numbers from.

He recently delivered a keynote speech at the SuperReturn conference in Berlin and was asked about consolidation as a trend for 2009. “I said it was unlikely. There’s no tradition in the private equity industry of one private equity firm taking over another,” he says.

Cathal Friel, head of investment banking firm Raglan Capital, agrees and speculates that firms will be more likely to self liquidate than to merge.

Partner in Covington & Burling, Simon Goodworth is also unconvinced about the likelihood of a surge of consolidations in the industry. “When people think of consolidation, they think of companies merging. We won’t see any of that,” he says.

Hoffman is in agreement and notes: “It is difficult enough to get people co-operate on deals. I think firms are more likely to wind down the merge or consolidate.”

The firms that are most likely to wind down are those found in the mid-market. Hoffman believes that the mid-market and large buyouts who bought companies at the top of the market will be in trouble. His views are backed up by Alchemy Partners’ founder Jon Moulton who recently predicted that up to 30% of mid-market buyouts could end in default.

Spinner concedes that consolidation in some form is a possibility. “It will not come by way of acquisition or merger in the conventional sense. It is more likely to come from an inability of the general partners that have not delivered the expected levels of return to raise new funds leading to the gradual polarisation within the industry with secondary buyouts of PE portfolios becoming more common. There are too many private equity investors chasing too few deals,” explains Spinner, “only the strong will survive.”