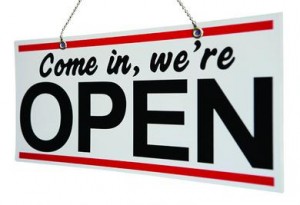 Go back two years and private equity, particularly in the UK, was facing something of a crisis. Attacked by politicians for its tax arrangements and accused by trade unions of asset-stripping, the industry was caught wrong-footed by a media storm that presented it as being populated by fat cats who destroyed value in companies and slashed jobs – all for their own personal gain.

The events that followed – the world’s financial system teetering on the brink of collapse and the scandals surrounding MPs’ expenses in the UK – have given the media new whipping boys in the form of bankers and politicians. And the industry faces another form of crisis – one that affects their investment base and the survival of their portfolio companies. The debate has moved on – for now.

Nevertheless, the legacy of private equity’s poor preparation for increased scrutiny and a wave of criticism lives on in the form of guidelines, put together by former banker and City regulator Sir David Walker, which set out a framework for larger firms to disclose information about their business and the portfolio companies in which they invest.

Other countries, such as Sweden, Denmark and Germany have followed suit with their own versions that cover the industry to varying degrees: Denmark’s, for example, encompass 80% of private equity-backed portfolio companies in the country.

The result is a crop of glossy brochures from the firms affected by the recommendations outlining their modus operandi, plus some financial information on investee companies.

But have these served any meaningful purpose? Opinion within the industry is divided. Some believe the guidelines have been a necessary and helpful force for a change of attitudes both within firms and out in the wider world. “The guidelines have been effective in opening up the industry to greater scrutiny, helped a wider group of stakeholders understand private equity and certainly reduced the level of criticism,” says BVCA CEO Simon Walker. “When people believe you are wilfully evading transparency they assume the worst. Introducing transparency has corrected some of the misconceptions about the industry.”

“Disclosure drives behaviour,” says Mo Merali, partner and head of private equity at Grant Thornton. “Firms will have seen some form of culture change as a result of complying with the guidelines. They had already started investing more in communication and marketing, but the guidelines will have added another dimension to this and brought it up the agenda.”

Indeed, some insiders believe there has been a genuine shift of opinion among some of the most senior team members in firms. “Internally, we had to go through a process to change the mindset of the people in our firm,” says one communications executive at a large international buyout house. “This change has been significant. Without Walker, we would never have contemplated putting all the information into the public domain that we have in our annual report. There was a realisation that we had to take this seriously and an acceptance that this had to be done.”

He adds: “We operate in a partnership business, so individuals have their own thoughts on the implications of publishing these reports, but at a senior level, there was support for the view that we should take a lead on this and do more than simply comply with the guidelines. Take our stance on corporate social responsibility, for example. We had pockets of information on this around the business, but we never worked to codify and communicate this – our annual review has provided a receptacle for all that work to be presented in one place.”

Others simply see this as an inevitable encroachment on their competitive advantage, although they are resigned to the fact that these and future initiatives will require ever-greater requirements for disclosure in all parts of the economy. “The disclosure requirements set out in the Walker guidelines mean that it is no longer a level playing field,” says one private equity executive at an upper mid-market firm.

“But pressure will likely be brought to bear on other larger private companies to increase their transparency, so it will level out. However, it’s also true that when you are investing public money, it’s inevitable that you’ll be required to explain what you’re doing with it.”

Yet at the time of their publication, the Walker guidelines came under fire in some quarters for not going far enough. The BVCA attempted to deflect some of that criticism by establishing an independent Guidelines Monitoring Group, chaired by former KPMG chairman and serial independent director Sir Mike Rake.

“There has been some criticism that self-regulated industry guidelines don’t have any teeth,” says the communications executive. “But the GMG has done a thorough job – it will put a squeeze on you if you are not complying.”

Indeed, for some the GMG has been unnecessarily harsh, no matter how much they support the requirements for greater disclosure.

“Compliance with the bulk of the guidelines has not been an issue from a fund point of view since we circulate much of the information to investors on a quarterly basis anyway,” says Buchan Scott, investor relations partner at Duke Street. “It just became a question of collating the information in a slightly different framework. However, unfair comparisons were drawn last year between individual firm reports. Smaller firm reports were criticised against the benchmark of the glossy £250,000 versions being produced by the €20bn mega funds (despite the fact that they contained effectively the same base information).”

Yet whether people in the industry agree the guidelines are a good thing or not, there is an acceptance that they will creep. Talk to mid-market houses, and many are simply waiting for the moment when they will need to start complying with some form of disclosure requirement.

Richard Morley, director at NBGI Private Equity, agrees, although he is more supportive of the broader aims of the guidelines. “This will move in our direction,” he says. “The threshold will come down. In many ways it’s a sensible approach to let the system develop on the basis of what the larger firms produce – we can learn lessons from this before extending the guidelines.”

Yet while public attention has been distracted from the issue of private equity openness, it’s clear that the Walker guidelines and other countries’ initiatives will not be sufficient to keep it away for long.

“The heat over the debate has clearly disappeared, but I suspect this has principally been because other, more pressing, issues have clouded the scene,” says Duke Street’s Scott. “I also suspect that the culture of secrecy had suggested to the outside world that there were secrets being hidden; when, however, people got the opportunity to see how private equity worked it all proved to be disappointingly mundane, so they focused on new targets, such as sovereign wealth funds and hedge funds. Clearly, the proposals would not meet what I see as the real motivations behind certain interest groups, such as the trade unions’ desire for greater consultation on any share deal. Going forward, this may lead to further attacks.”

There is also the threat that’s emanating from the European Commission’s draft directive on regulating and supervising alternative investment managers. If the proposals were implemented as they stand, the directive would prove a choking hazard.

By lumping together hedge funds and private equity funds, most in the industry say the proposals are unnecessarily burdensome and inappropriate – they are a far cry from Walker, which some might argue, firms have used as another avenue for marketing their firm as much as a means of disclosure. “The EU proposals are going to impose very heavy obligations, which will compound the current Walker requirements,” says Scott. “The combination will undoubtedly raise issues as to the attractiveness of Europe as a base for private equity activity.”

In their current form, the proposals would probably consign initiatives such as Walker to the rubbish bin. “We would like to see the Walker guidelines used as a model for a pan-European code of conduct,” says the BVCA’s Simon Walker. “But we appreciate that regulation at an EU level poses significant questions about the future of the Walker guidelines and other country regimes.”

With intense lobbying efforts going on by the national associations and EVCA to get the proposals changed, the hope is that much of the sting will be taken out of the final directive or even that private equity is removed altogether on the grounds that, unlike hedge funds, the industry’s activity poses no systemic risk. But no-one knows whether Walker and other guidelines will continue to be relevant once the directive comes into force.

Whatever your view on how useful they have been in educating the wider world about private equity in general and the goings-on in specific firms, they have certainly served one purpose: to prepare the ground for greater disclosure requirements.

Tim Green, managing partner at GMT Communications Partners, sums up the views of many in private equity. “As an industry, we need to be transparent where appropriate, but as with all regulation and legislation, it needs to be proportionate and fit for purpose,” he says. “By that I mean that it should be appropriate to the risks involved. Any guidelines will be looked on favourably by the industry, provided they are proportionate to the risks involved in private equity investment.”