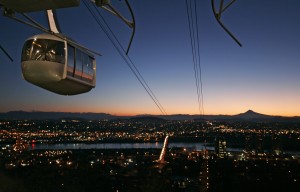 Oregon joins a crowded roster of limited partners that includes the Los Angeles County Employees Retirement Association, San Francisco Employees’ Retirement System and Washington State Investment Board, the latter of which also committed up to $500 million to Fund VII in mid-April.

The commitment remains subject to negotiations with Oregon’s investment staff, which walked away from approved commitments to oversubscribed funds on several occasions last year when the system found fault with fee structures or terms. That said, Oregon investment documents indicate staff considers Blackstone’s top-line terms and fees to be “an improvement over the prior fund.”

The investment council, which oversees the assets of Oregon’s $71 billion retirement fund, committed $200 million to Blackstone Capital Partners VI in 2011.

Fund VII is targeting $15 billion with a $17 billion hard cap, according to memos obtained from several limited partners. LPs who commit to Fund VII’s first close, which was scheduled for April, will receive a six-month break on management fees, Buyouts previously reported.

The $310.5 billion asset manager will offset LPs’ management fees with 100 percent of the fees paid to Blackstone by its portfolio companies for the first time, Buyouts reported. There is a carve out to the offset, however, as fund LPs will pay up to $20 million each year for portfolio company operations professionals, healthcare consultants and other expenses.

Should it obtain its full $500 million allocation to Fund VII, Oregon will have committed approximately $900 million to Blackstone and credit arm GSO Capital Partners since 2007, according to pension documents. In addition to its commitment to Blackstone VII, Oregon also disclosed $450 million of new commitments to private equity and opportunistic funds in its meeting materials. It committed:

* $150 million for RRJ Capital’s RRJ Capital Master Fund III. The Hong Kong and Singapore-based private equity firm had raised $762 million from U.S. investors as of March, according to a SEC Form D filing;

Oregon had a 20.7 percent allocation to private equity as of March 31, according to April 29 meeting materials. The retirement fund is slightly above its 20 percent target for the asset class.