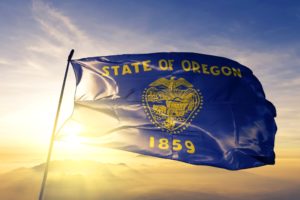 Oregon Investment Council wants to reduce its exposure to private equity, which has ramped beyond policy limits in the market downturn.

Oregon Public Employee Retirement Fund’s private equity allocation stood at more than 27 percent at the end of the second quarter, making it the $94 billion fund’s largest asset class. This has been attributed to the denominator effect, which occurs when the value of a pension system’s public holdings drop while private equity asset valuations lag, effectively boosting their percentage of the overall fund.

Consultant Meketa included a note that the fund was undertaking actions to reduce its allocation to private equity in a presentation at Council’s meeting on September 7. No details were provided about what these efforts entailed.

Buyouts watched a webcast of this meeting.

Private equity valuations were dated to June 1, according to Paola Nealon, a principal at consultant Meketa who discussed the portfolio’s results at the meeting.

Oregon targets a 20 percent allocation to private equity, making it one of the nation’s largest allocators to the asset class. But the unique market conditions have caused private equity to rank as its largest asset class for several months.

The overall fund posted a return of -2.5 percent for the second quarter. Over the past year, the private equity portfolio has earned a 24 percent return.

“The overallocation to private equity has helped. It’s unintended, but it has worked in our favor,” Nealon said.