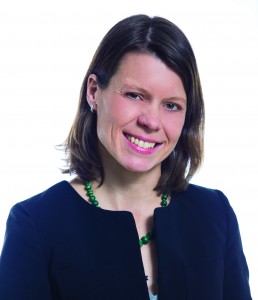 The new fund, which has an emphasis on the secondary market, doubled the roughly $500 million raised by Pantheon in its first infrastructure fund in 2009. The capital-raising effort drew demand from Asia, as well as participation from existing LPs in Europe and the United States.

As part of its emphasis on infrastructure, Pantheon said Evan Corley, a principal on Pantheon’s investment team, will step into a newly created role as head of natural resources within Pantheon’s Global Infrastructure and Real Assets team.

The London-based fund-of-funds specialist plans to invest more than half of Pantheon Global Infrastructure Fund II in secondary stakes, seen as less pricey than primary investments.

“One of the things we’re seeing is the core infrastructure market is extremely competitive — we call it the crowded core,” said Kathryn Leaf Wilmes, partner and global head of infrastructure and real assets at Pantheon. “By comparison, the secondary market of buying other LP interests in infrastructure funds — it’s a niche market. There are a lot of sellers, but the buy-side universe is still developing. It’s much less efficient … and it offers an attractive risk-adjusted return.”

Pantheon expects to continue to support and partner with GPs in infrastructure, including several that were in its first fund. One possible theme for the fund would be investing in new construction projects, also known as green fields.

“We’re trying to target assets that may be below the radar screen in order to avoid the trophy assets with fierce competition,” Wilmes said.