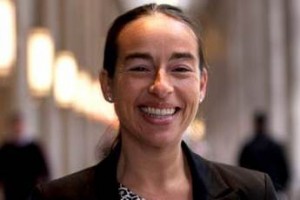 ParkerGale Capital Partners said it closed its buyout of One Plus Corp in a proprietary deal, marking its second platform acquisition since it spun out of Chicago Growth Partners last year.

The tech-focused firm negotiated a direct sale of the company outside a traditional auction process, partly because of a shared vision for growth and a pledge to the company’s owner, Jay Simon, to keep existing employees, said Kristina Heinze, one of four partners at ParkerGale.

“It’s [Simon’s] baby,”  Heinze said. “He didn’t want to sell to just anybody. Over time, he felt like he could trust us.”

One Plus, based in Northbrook, Illinois, makes proprietary sensors and software to help cut garbage disposal costs for businesses.

Chicago-based ParkerGale has brought in executives it has worked with in the past to run the company. Klaus Voss is now CEO and Jay Alter is the new CFO at One Plus.

In its first buyout deal since its formation as a firm, ParkerGale paid an undisclosed sum for Aircraft Technical Publishers (ATP), a Brisbane, California-based provider of information management and services for the aviation industry. The deal was announced in November.

Both ATP and One Plus were founder-owned, growing and profitable technology businesses when ParkerGale approached them. The firm plans to seed future growth in the two platforms by improving sales and marketing, teams and systems, as well as product development, Heinze said.

ParkerGale continues to sift for deals in the range of $2 million EBITDA up to $8 million EBITDA, with more acquisitions expected in 2016, Heinze said.

She declined to comment on the source of the capital for ParkerGale’s buyouts, or the status of the firm’s efforts to raise its debut fund. Buyouts reported in March that ParkerGale plans to raise $200 million for its Fund I.