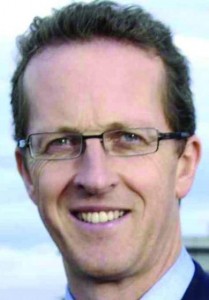 (LDC), the mid-market private equity division of the , has opened its first office in Scotland. The office, located in Edinburgh, will be headed by Craig Armour.

Armour, 46, was a partner in private equity firm Penta Capital for seven years, specialising in mid-market deals in the consumer and business services sectors throughout the UK. Prior to that he was a director of merchant bank Noble Grossart, where he advised a wide range of private and public companies, largely based in Scotland. LDC specializes in deals in the £5m to £250m deal range with a large regional network with twelve offices throughout the UK.

So far in 2007, LDC has invested £286m across 17 transactions. LDC already has a track record in Scotland, with recent private equity backed activity including the MBO of Lanarkshire-based engineering firm MB Aerospace from Motherwell Bridge, an investment into Epi-V a specialist fund established to invest in emerging technology and service companies within the upstream oil and gas services sector, and the trade sale exit from Telecom Services Centres (TSC), Scotland’s largest contact centre company.

Grant Berry, Managing Director, LDC, said “We’ve been seeing increasing deal flow from Scotland and we now have a local presence to focus on the Scottish market and hopefully stimulate activity. We’re delighted to have recruited such an experienced and successful individual for our senior director role”. Armour added: “The LDC business model combines an equity investment range of £2m-£100m with dedicated local resources, providing a great opportunity for Scottish companies. We want LDC to be a natural financial partner for ambitious management teams and we want to use local advisers.”

• () has announced that Sara Halbard, ICML senior fund manager, is to retire in June 2008. ICG, through its fund management subsidiary ICML, is a large and experienced investor in the European high yielding credit market. Halbard, said: “ICML now manages 8 CDO’s and several institutional mandates with a team of 12 portfolio managers and research analysts. I am very proud of the credit team which we have built over many years and which includes John Barker, head of leveraged loans with 25 years of experience, Garland Hansmann, head of high yield with 12 years of experience, and David Ford, head of research, who has been in the markets since 1997”. Tom Attwood, Managing Director of ICG, added “Sara will leave at the top of her game. We thank her, too, for giving us the opportunity to plan for her succession. We are well advanced in making key appointments to further contribute to the continued success of the business”.