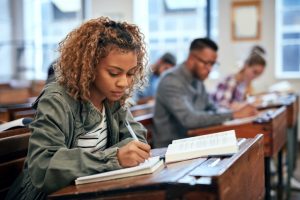 A majority of endowments and foundations are expecting the coronavirus crisis to be a severe recession similar to 2008, according to a new flash poll from investment consultant NEPC.

A smaller amount, 12 percent, said they were redirecting grants to help address challenges from the coronavirus crisis.

The respondents were mostly educational endowments, which made up 33 percent of the total. Private foundations accounted for 24 percent, public charities 16 percent, community foundations 7 percent and family foundations 2 percent. Other respondents made up 18 percent. The poll was conducted in late March and consisted of 105 NEPC clients, the firm told Buyouts.

According to a slide presentation of the poll results, the information for the poll was obtained “directly from various external sources” and NEPC could not guarantee the accuracy or completeness of all the source information.

Update: this post has been updated with when the poll was conducted, how many respondents were included and with a link to the poll itself.