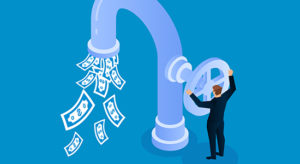 Public Sector Pension Investment Board, a large Canadian pension system, wants to sell a portion of its private equity holdings in a secondaries sale that would also grant it a flow of fresh capital it can use to access more coinvestment deal flow, three sources told Buyouts.

The deal, unusual for a pension, is a structure that has traditionally been used by banks and other financial institutions to trim down private equity holdings while still retaining exposure to certain GPs.

The PSP deal, if completed in whole, could total somewhere in the range of $1.7 billion to $2 billion, one of the sources, a buyer in the secondaries market, said. But, the expectation is the deal won’t get done at the maximum level envisioned by PSP, the source said.

The deal is one of the few traditional LP portfolio sales (though with added complexity) working its way through a secondaries market dominated by GP-led processes like continuation funds. Last year was the first time that GP-led transactions took a larger portion of total secondaries deal volume.

Part of what has held back traditional LP sales is the challenge of valuing underlying portfolio companies held in funds during the market volatility from the health crisis and resulting shutdown. LP fund sales essentially stopped last year and the flow of these types of deals hasn’t quite picked up the intensity many were expecting, sources said.

Many sources believe traditional LP portfolio sales will come flooding back into the market by the latter part of this year. Combined with the continued load of GP-led processes hitting, or soon to hit, the market, some secondaries professionals believe deal flow could hit record volumes.

For now, though, PSP’s transaction has the luxury of being a large LP portfolio deal without much competition.

PSP, which holds around C$204 billion ($168 billion) of net assets, is Canada’s fourth-largest pension system. But, like many Canadian pensions, it behaves differently than US public pension systems when it comes to private equity, often directly competing, or partnering, with GPs on deals.

For systems like PSP, coinvestment and direct investing have become the more prominent part of their private equity programs. The systems make fund commitments, but generally as a way to boost their direct investing relationships.

PSP’s secondaries deal is seen as a way to attract more co-investment flow from its most favored relationships, sources said.

The deal would work like this: PSP would sell some portion of its private equity fund holdings, including selling full or partial commitments to funds. Some of the sales may be of relationships the system intends to end, but some may be in GPs to which PSP wants more, or different, exposure.

As part of the transaction, PSP would create a special purpose vehicle, through which would flow fresh capital from the buyer or buyers of its LP stakes. The system would then use that fresh capital to invest in coinvestments and funds, including boosting its exposure to existing relationships. PSP also would expect to get more co-investment flow from those GPs to which it is increasing its exposure, sources said.

“These are large institutions who don’t want to give up on relationships, willing to sell a strip of their portfolio … and then alongside that they would look for commitments to a pool,” said a buyer in the secondaries market.

The new fund PSP creates as part of the transaction may not be a blind pool with fresh capital that can be directed at will. “I think the buyers as well as PSP would communicate on where that new capital is going,” the buyer said. “Which would be to a list of high-quality sponsors.”

This type of transaction is not new, though what makes this one different is that it’s being done by a pension system. A deal of similar structure was completed by Mubadala Capital in 2017, led by Ardian.

In that deal, Ardian invested $1.75 billion to take over fund interests through a traditional secondaries transaction. The firm also committed $750 million to a newly formed $1.5 billion private equity fund Mubadala planned to use to invest in directs, coinvestments and fund commitments, Secondaries Investor reported at the time. Mubadala committed $750 million to the new fund.