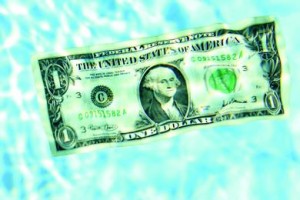 Another month and another listed fund, or in September’s case two. The hype over the trend died down a few months ago when Apollo launched to an unenthusiastic audience, a lesson both Doughty Hanson and Partners Group would be wise to learn from.

All the talk after KKR was who next, and a whole raft of names were put forward, most of which are still linked with listing a fund. Apax, CVC, EQT and Texas Pacific are all among the names commonly mentioned, with the likes of Blackstone, Carlyle and Permira occasionally added to the list.

While there are obvious benefits to listing a fund – no need to go traipsing round LP offices every few years, the ability for the partners to sell their stock for example – one can’t help but get the feeling that a lot of it is down to firm ego. Look at the firm’s mentioned: they are all the big guns (or wannabe big guns). None of them wants to be seen as being in the second tier and they all now seem to regard going public as the best way to prove they are in the premier league of private equity firms.

Egos aside, it is proving popular to go public. Of course in Europe it’s no big deal, 3i, Electra and Graphite have been doing it for years, but KKR certainly set the ball rolling for a new generation, and in September we saw Partners and Doughty slap funds into the bosom of the public markets. According to Swiss gatekeeper Strategic Capital Management (SCM), Europe now has 132 listed private equity vehicles, with a collective market capitalisation of €32bn, higher in both number and value than the US (due to the lighter public market regulations in Europe).

But not everyone has been so enamoured with the idea of private equity tapping up the public markets, and the story since KKR swaggered into Amsterdam has been far from pretty. When the US giant launched its offering, there were a few commentators who felt its size would soak up all the interest there was among public market investors for private equity. After it emerged that Apollo failed to raise its target of US$2.5bn when it launched in June – it raised an initial US$1.5bn which later increased to US$2bn – it appeared as if the prophets were correct.

However, it’s now looking like this may only have been temporary if Doughty was confident enough to list and if TPG, Apax et al are as close to listing their own funds as reports have us believe, all despite the poor share performance of the two US vehicles. Neither has experienced much liquidity since launch and both have suffered share price dips. Doughty Hanson believes its approach will see its fund perform better, with investors receiving warrants and only being asked for money when it is needed, rather than all at once as with KKR and Apollo. Partners Group is also using a different structure, paying a dividend to investors, and, being a fund-of-funds, it has access to several deal flows; listed fund-of-funds generally posses good vintage diversification when compared to their non-listed counterparts which are limited to just one vintage.

SCM harbours doubts over the performance of listed vehicles. In a new report it says that historically, listed private equity has been a high beta investment strategy, which increases the volatility of a fund’s portfolio via the development of discounts or premiums versus the net asset value (NAV) of those underlying investments. The report says: “SCM has long held the view that the diversification argument in favour of private equity is somewhat lost when the investment is made through a listed vehicle due to their higher correlation with the stock markets. The pattern of out-/underperformance of listed private equity is pro-cyclical as the underlying changes of the net asset value are at times dominated by the premium/discount of the share price relative to NAV. So investors are essentially left with the outperformance that private equity is supposed to deliver. But here again, listed vehicles are prone to result in disappointments as cash positions from uninvested capital or distributions can amount to a substantial part of the portfolio and create a huge drag on performance.”