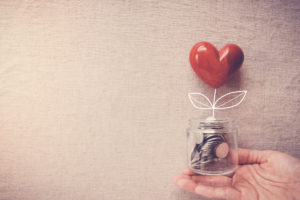 Regal Healthcare Partners, an emerging manager, is off to a blockbuster start as it marks its first partial exits from both Fund 1 and Fund 2.

The New York private equity firm, launched in early 2018, has returned almost 1.7x of Fund 2 to investors after selling a stake in mental health provider Thriveworks, according to an LP letter received by Buyouts. With its pending majority sale of Dental365, announced just days earlier, Regal HCP is set to return over half of Fund 1 to investors, the letter says.

The back-to-back exits come after Regal HCP in mid-2019 closed its sophomore fund at its hard cap of $165 million. Only 18 months earlier, it collected $86 million for its debut fund.

The larger of the two transactions is Thriveworks, which, founded in 2008 as a single counseling office in Cambridge, Massachusetts, has grown its network to 310 centers while building out a virtual counseling business. The company last week announced a funding round led by Wellington Management in its management services organization. Other new investors are Fidelity Management & Research, RA Capital Management, Redmile Group and Transformation Capital.

Regal HCP will distribute approximately $280 million to investors with the stake sale, assigning Thriveworks an equity valuation of $1.2 billion, according to the letter. That’s up from its post-money equity value of approximately $40 million, when Regal HCP first invested in November 2019, it says.

As Regal HCP takes some chips off the table, it is poised to ride Thriveworks’ continued growth as demand for access to behavioral therapists remains on the rise. The firm initially acquired an approximately 75 percent ownership stake in Thriveworks and continues to own around 50 percent of the business post-transaction, the document says.

Accounting for Regal HCP’s unrealized position in Thriveworks, its estimated total money-on-money multiple, based upon today’s valuation, is approximately 29x, according to the letter.

For Regal HCP, Thriveworks comes on the heels of its majority sale of Dental365 to The Jordan Company – its first exit out of Fund 1. The $440 million deal, which has not yet closed, was first reported by PE Hub in July, followed by a subsequent announcement confirming the transaction.

Dental365 is expected to produce a more than 7x multiple of invested capital for the PE firm, according to the LP letter. Regal first backed the business in March 2018, investing approximately $10 million at a post-money equity value of $40 million, the document says.

Like ThriveWorks, Regal is rolling equity in the deal to remain a minority investor; it will continue to hold a 30 percent stake in Dental 365, according to the letter.

The firm invests exclusively in healthcare services companies and practices in the lower-mid market, targeting businesses producing $2 million to $10 million of EBITDA. The firm typically looks to commit between $15 million and $20 million of equity in each transaction, according to a previous PE Hub report.

While Regal HCP does not list its portfolio businesses on its website, it discloses that it holds investments in various sub-sectors in addition to Dental365 and Thriveworks: autism, dermatology, fertility, emergency room management, psych crisis and psych urgent care, as well as residential and intensive outpatient mental health services.

Regal HCP declined to comment, while executives at Thriveworks and Dental365 could not immediately be reached.