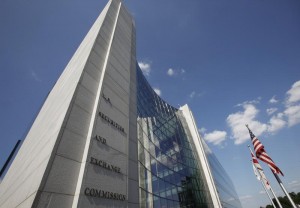 “In recent years there’s been a goal of not having people sit out there for five or six years without ever having seen an examiner in their offices,” Andrew Weilbacher of the SEC said March 25 at the Buyouts East conference, which is produced by Buyouts publisher Buyouts Insider. “It’s hard to say exactly when we’ll be walking in the door. Everyone should anticipate that as a registered investment advisor, we will be there at some point.”

One of 12 staffers in five regions in the SEC’s private funds unit, Weilbacher helps conduct presence exams of private equity, hedge fund and adjacent assets. He took part in a panel called “What the SEC Has in Store this Year” at Buyouts East.

Private equity firms have responsibility to maintain transparency with their LPs, Weilbacher said.

“There’s a big difference between a privately negotiated contract where there is not a fiduciary overlay and one where there is,” he said. “As a fiduciary, there’s a burden that comes with that. The burden is … affirmative disclosure.”

For example, the SEC found some sponsors treating operating partners as employees when they were actually being paid by the portfolio companies or the funds, rather than by the firm’s management fee like other employees.

Said Weilbacher: “The thought process around (that issue) would be: Would a reasonable investor have a way of understanding that this person that’s on the website, that’s in the PPM, that’s counted as an employee – would they understand that their compensation is being born by the fund or by portfolio companies? That’s the heart of the question.”

Risks to LPs stem from a potential lack of transparency in GP’s custody of money and the use of leverage in deals.

April Evans, CFO and COO of Monitor Clipper Partners, said during the panel discussion that her firm has not had an examination, but it’s working to address SEC concerns through its own 104-page, annually updated compliance manual and other efforts.

“We want to do everything we can to have our interests aligned with our LPs,” Evans said. “We want them to sign up not only for Fund I but for Funds II, III, IV and V down the road. That’ll only happen if we do two things. One is return cash to them so it’s clear they made a good investment with us. The second is provide them with the information they require to meet their internal needs.”

Monitor Clipper wrapped up a detailed review of its fee and expense allocation systems and how those work. It is also undergoing a cybersecurity evaluation.

Outside her own shop, Evans is working on an initiative with the Association for Corporate Growth’s Private Equity Regulatory Task Force (PERT) to compile industry best practices to help firms with their compliance efforts. She’s preparing to circulate a survey to middle-market private equity firms on valuations for a series of meetings in May. All told, the ACG is focusing on six areas for the best practices effort, which may wrap up by the end of the year. ACG plans to present its best practices document to the SEC.

Evans explained the importance of sharing best practices. “For most of us, being a registrant is a black box,” she said. “We’re learning a lot about it and we’re operating in the dark in some ways. We’ve got the ways we’ve operated historically and those have worked, but we don’t largely share them from firm to firm.”