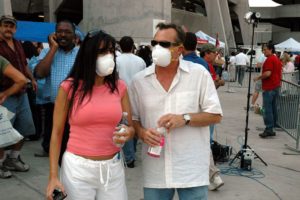 The virus outbreak, which has hammered the broader US economy for several weeks as business activity slows, is causing sellers to delay bringing secondary deals to market. It’s also compelling buyers to seek repricing on active deal processes, sources said, and it’s possible that new deals could get pulled as sellers decide to wait for a better pricing environment.

“Any smart investor is starting to think about what the ramifications of this market will be in our portfolios and those we’re looking at,” a secondary buyer said.

Buyouts recently spoke with a half-dozen secondary buyers about the market, all of whom requested anonymity to share their opinions.

It’s still too early to tell what kind of impact the coronavirus-related market volatility will have on secondary pricing. Private equity tends to lag public market performance measures, and the secondary market tracks the primary market. So pain in the broader markets often is not felt in secondaries for at least a quarter.

If public market volatility continues for an extended period of time, it seems likely the result will be hung deals that will pause and become active once the market settles, according to a separate buyer in the secondary market.

Also, the secondary market could start seeing larger discounts than it’s seen in a while, sources said. “There’s volatility and more risk than there was historically. That’s going to work its way into pricing,” the buyer said. “We’ve seen processes get delayed, and we’ve seen some folks that are continuing to see how processes play out and see how prices come in” before choosing to sell.

Last year, total secondary deal volume came in around $88 billion, according to Greenhill Cogent’s full-year volume report. That was a record mark from prior years, as secondary deal totals have continuously climbed.

Rising deal volume was driven by increasingly larger secondary funds, with some of the largest rivaling the biggest buyout funds. Many buyers are sitting on fresh pools of capital ready to be deployed in the market. For some firms, the market pain represents a buying opportunity.

“We … don’t believe in timing the markets. Right now though, it does seem like we’re entering a period where there’s a strong buying opportunity,” said a managing partner at a secondary firm. “Last week we began to identify specific sectors we feel will be less impacted by the various things going on.”

For example, the industrial sector and product-based companies that receive supplies from China will face disruption, the managing partner said. Saudi Arabia’s announcement that it would increase oil production will cause oil prices to fall, while the Federal Reserve’s recent rate cut will hit banks and financial services companies.

“Each one of these will have different impacts by sector. We’re breaking down how to look at each sector,” the managing partner said. “We’re focusing our attention based on where we see the best opportunities. In some cases, different sectors require different pricing.”

But now, because of the size and risk of such deals, these processes may have a harder time in the market without steep discounts on pricing, sources said.

“If they haven’t signed, I would assume there are some discussions around pricing” on single-asset processes currently in market, the first secondary buyer said.

One of the biggest deals in market is TPG’s single-asset process for its portfolio company Creative Artists Agency. Goldman Sachs is the lead investor in the deal, which is expected to be valued at more than $1 billion and is being broadly syndicated in the market by Park Hill Group. Neuberger Berman is also part of the investor group, Buyouts previously reported.