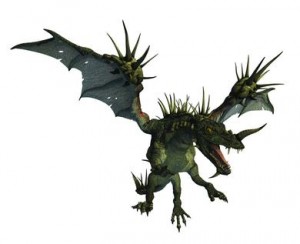 If you had mentioned “business angel investing” to private investors at the tail-end of last year, they would have gathered their children and run for the hills. However, in the last six months we have seen people being tempted down from their hideaways to start placing the odd £20,000 into entrepreneurial ventures that hope to make it big in the next three to five years and exit when everything is looking rosier.

Perhaps they heard that Microsoft, Google and Skype were all founded in a recession and they want to play at being a real “dragon”. They are already over-exposed in traditional asset classes such as property and the stock market and are looking for growth.

Or perhaps it is because of the latest research from NESTA (National Endowment for Science, Technology and the Arts) in collaboration with the BBAA says that the 158 UK-based angel investors they surveyed in late 2008 made an Internal Rate of Return of approximately 22% in a holding period of just under four years.

So should everyone be tearing down the hill to put all their available cash into the first entrepreneur they come across with a Baldrickian cunning plan? Best not. The research report goes on to say that the most likely outcome in any one angel investment is failure, with 56% of the exits failing to return any capital. But then 9% generate more than 10 times the capital invested, which is why people get excited about the idea of betting on the nose, rather than putting their surplus cash into complicated derivative products which few people really understand.

We have seen a huge number of enquiries from entrepreneurs seeking finance of £200,000 to £2m. This may be, in part, because of the banks have stopped lending, apart from the occasional loan under the new Enterprise Finance Guarantee Scheme, which looks like becoming more accessible after the banks’ initial rabbit-in-the-headlights response in the first few months after its introduction in January 2009. It may also be due to the fact that many have been pushed out of their jobs and have been forced to make that decision to take the entrepreneurial leap.

If you want to become a dragon and invest in some of these entrepreneurs, you need to tread carefully. You need to avoid the disguised rescues, which are companies who have left it too late and will go bust within a matter of weeks. You also need to avoid the serial dabblers (“this is my idea this week”), the overpaid executive team (“we will pay ourselves £150,000 per year even though we haven’t made a profit yet”), the top-down sales approach with ludicrous sales projections (“all we need is just 1% of this £60bn market”), and the complicated deal structure (“you will invest in this subsidiary over here while all the intellectual property resides in that business over there”). Where possible, it helps to make the investment using the Enterprise Investment Scheme (EIS), which provides generous tax incentives.

Again, looking at the research, the most successful private investors are those with entrepreneurial expertise, especially those investing in opportunities in which they have specific industry experience. If you do not have this personally, ensure you are investing alongside someone who does.

So if you are tempted to come down from the hills, the pastures are green and verdant, but you need to look out for the cow pats.