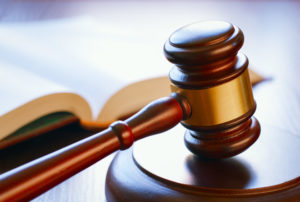 The New York attorney-general has filed a lawsuit against secondaries investor Laurence Allen and associated companies, including intermediary business NYPPEX, as well as one of the funds he oversees, alleging he defrauded investors.

The lawsuit claims Allen used investor capital from a 2004 secondaries fund he runs, ACP X, to keep NYPPEX, of which Allen is CEO, afloat and pay his own salary. NYPPEX matches buys and sellers of secondaries fund stakes.

“Allen saw NYPPEX’s cashflow tightening and his ability to pay himself threatened,” according to the New York attorney-general.

The alleged misappropriations total more than $13 million, including millions after Allen supposedly learned of an investigation into him by the Office of the Attorney General.

Allen is accused of making misrepresentations to investors in the PPM, including, among other things, the fact that proposed investments would be certified by an investment council that the New York attorney-general claims doesn’t exist. Allen denied the claim.

The lawsuit was launched, in part, via powers available to the attorney-general vested by the Martin Act, which grants the New York attorney-general broad powers to investigate securities fraud and bring civil and criminal charges against alleged violators.

Allen denied the attorney-general’s allegations to sister title Private Funds CFO in a phone call, saying: “The New York attorney-general is attempting to overturn amendments to a private equity fund that were drafted by outside legal counsel and approved by the required majority of sophisticated limited partners. We believe this is a total overreach by the New York attorney-general in its latest application of the Martin Act, and would create significant risks for the private equity fund industry if successful. We intend to rigorously defend against these false allegations.”

The Martin Act has become a controversial law of late, in particular with regards the New York attorney-general’s recent suit against ExxonMobil, in which it claimed the oil giant knowingly deceived the public about the potential impact of climate change-related regulations on its profitability.

This is a developing story. Check back in for updates.