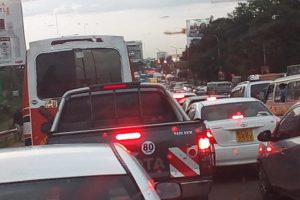 While secondaries activity collapsed in the first half in the pandemic downturn, the outlook is strong as managers are expected to look for ways to hold certain assets longer.

One example of this mindset is the rise of single-asset deals, which accounted for 30 percent of GP-led transactions in the first half, up from 20 percent in 2019, according to a first-half secondaries volume report from Evercore.

GP-led deals provide GPs with the ability to hang on to assets longer than allowed for in the traditional private equity fund structure, while also delivering proceeds to LPs in older funds. The pandemic may be accelerating desire in the market to gain this sort of flexibility.

“We’re involved in a number of conversations with GPs now where the GP has really good assets … but they’re probably looking at a longer hold period than they were anticipating. They want to reset timing for those investors that are willing to ride it out and provide liquidity for those investors who want to get out,” said Jeff Akers, partner and head of secondaries at Adams Street Partners. “That sets up beautifully for GP-led deals.”

All those estimates represented a severe decline in secondaries activity that had broken volume records over the past few years, depressing a growing and vibrant side of the private equity markets.

Buyers and sellers have been reluctant to transact before they have a steadier view of valuations. Market participants expect to have a clearer view of the market once second-quarter portfolio performance marks are in, which usually happens in August and September. The expectation is secondaries will take off after Labor Day.

The reluctance to transact will likely keep traditional LP portfolio sales out of the market until the third or fourth quarter, Dawn said. Such diversified portfolios are tough to price right now as it requires having a clear view into underlying portfolio company valuations, which won’t come until, at least, second-quarter marks are out.

The downturn as well has impacted secondaries pricing, which collapsed along with activity. Though for certain deals, pricing remained fairly robust, Dawn said.

Average high bid across all strategies in the first half was 80 percent of net asset value, according to Greenhill Cogent. That represents an 800 basis point drop from 2019.

“With most transactions in [the first half] pricing off of a Q3 2019 record date, buyers were highly cautious of imminent write-downs at the end of Q1,” Greenhill Cogent wrote in its report. “Large risk premiums (vis-a-vis larger discounts to NAV) were required from buyers who did submit bids.”

For certain deals, though, pricing stayed strong, Dawn said. This was in part because secondaries firms have raised so much money.

“With the very large build-up of available capital and relatively few deals brought to market, that dynamic is good for increasing pricing,” Dawn said. “We’re seeing attractive pricing being achieved in the market for good assets.”