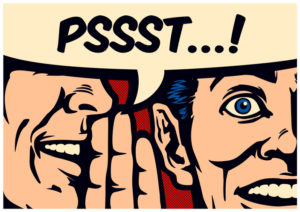 Despite what you might hear in the streets, the private equity secondaries market is open for business and poised for a busy second half.

The name of the game right now is execution – can deals brought to the market make it to close? That’s the challenge, both on the LP and GP-led sides of the business. This was the major takeaway from the recent secondaries event organized by Kline Hill Partners this week.

Well over 100 attendees, all from the tight secondaries community, gathered to chat about the state of the market amid rising rates, inflation, geopolitical tensions and broader economic uncertainty.

Multi-asset deals are generally bigger, more unwieldy and force buyers to accept not only the best assets, but also more mediocre investments that get lumped in. Advisers like the multi-asset structure because it can mean bigger fees; buyers remain skeptical of such deals and the idea of being forced to swallow the gristle along with the fine cuts.

There is an expectation of more multi-asset deals hitting the market, though buyers, as Verdun Perry, head of Blackstone’s Strategic Partners, told me recently, would be happy building a diverse portfolio of high-quality single-asset deals.

LP portfolio sales, which came back and then faded out again as the markets turned earlier this year, are expected to be a major part of volume in the second half. Yet, such deals could prove hard to close. LP sales have had a more volatile year, much like the public markets. That’s because LP portfolios are harder to price, considering the variety of underlying assets in big portfolios. Pricing expectations are helping to gum up the works when it comes to executing an LP portfolio sale.

To transcend pricing obstacles, deals are including more incentives to closing like payment deferrals – market players have described unusually long deferral periods of 18 months – and preferred equity structures. A majority of deferral structures (77 percent) reported in Campbell Lutyens‘ first-half volume report had deferral periods that extended beyond a year, compared with 41 percent in the first half of 2021 and 46 percent for the full year last year.

Deferred payments were used by almost 30 percent of respondents in Campbell Lutyens’ half-year volume report, up from almost 20 percent in the same period last year. Also, the share of respondents who had deferrals of more than 40 percent of the purchase price reached a high of 99 percent in the first half, the survey said. That’s compared to 72 percent for the full year 2021.

“The greater percentage of purchase price deferred is driven by the increased risk around timing of investment exits which will generally be pushed out due to lower IPO and M&A activity,” the survey said.