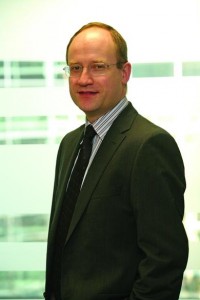 Leclerc started his career at INSEE (French National Institute for Statistics and Economic Studies) as editor of the INSEE Bulletin on the macro-economic situation. In 1996, he joined Société Générale Group as strategic studies manager in the finance and development division and in 1999 was appointed finance and development director of the subsidiary Fimatex, now Boursorama, of which he became deputy managing director in 2003.

In January 2006, Leclerc joined SGAM Group, firstly as head of finance and operations, then as deputy to the deputy general manager, operations. Until 31st May 2008, he was also chairman & CEO of SGAM Banque, the banking entity within SGAM Group which specialises in structuring for alternative investments.