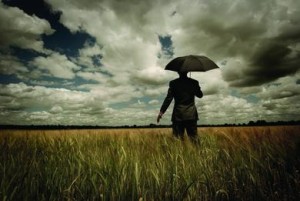 In times of economic turmoil, LPs have historically battened down the hatches, pulled in their oars and rode out the economic storm close to home. But with fundraising in the emerging markets continuing unabated while Western economies attempt to prevent further devastation, certain institutional investors are breaking with tradition and scrambling to the emerging markets.

In May 2008, the Emerging Markets Private Equity Association (EMPEA) revealed that 74% of limited partners were looking to increase their allocations to emerging markets private equity over the next three to five years, with emerging markets’ funds expected to record an average return 6.7% better than US buyouts.

President of EMPEA Sarah Alexander commented on this information at the time, saying: “The combination of higher returns and a rapidly growing pool of talented private equity fund managers are continuing to drive institutional investors to emerging markets.

“LPs recognise that the private equity markets in developing countries are maturing, and the turmoil in the developed markets should have a limited impact. Most private equity deals in emerging markets are growth capital investments that use little, if any, leverage.”

Five months later, European stock markets are in freefall, leveraged deals are all but a distant memory and Swiss alternative asset advisory firm Strategic Capital Management (SCM) has confirmed EMPEA’s findings and has reported that the amount of private equity money heading towards Central and Eastern Europe (CEE) increased by 300% in 2007.

In an exclusive for EVCJ, the report, “Private equity markets in Asia and the Rest of the World”, revealed that the average fund size in emerging markets increased sharply from US$272m in 2006 to US$426m in 2007. Latin America’s fundraising also grew, by 66%, while capital raised for investments in the Middle East increased by 71%.

According to London-based data provider Private Equity Intelligence (Preqin), there are 23 European investors that either have allocations to emerging markets or are considering making them.

Advent International partner Chris Mruck notes that, despite these findings, there are problems in both established and emerging markets, saying: “The whole financial market has changed since the spring and I think the problem some LPs now have is one of asset location. Many will be keeping capital conserved until they see the dust settle, which points to a tough fundraising environment for mature and emerging markets.”

Vincent Gambault, head of funds-of-funds at AXA Private Equity, agrees and explains that the emerging markets are simply too risky at this time. “Emerging markets are good when things are going well but they will follow the established markets and go down,” he warns.

The head of Pantheon Venture’s Asia office, Chris Meads, has observed that the interest in the emerging markets is being driven by Western economies. “People’s portfolios have shrunken in value but profits from private equity have not. In some cases, we will see clients slowing down the pace of commitment to the asset class,” he says

But director of research at EMPEA, Jennifer Choi, says that overall, unlike the more established markets, the fundraising environment in emerging markets is reasonably robust.

“We are still hearing from funds that have been launched in the past 12 months and they are coming in pretty much on target,” says Choi. EMPEA estimates that emerging markets funds raised US$25bn between January and April 2008, and US$59bn in 2007.

With a 300% increase in fundraising in 2007, CEE is one of the many success stories of the recent surge of interest in the emerging markets. Benefiting from its geographic location, the region has been able to lure conservative LPs by offering a less risky choice to cautious investors.

“CEE certainly has a compelling, solidly based growth profile that also has less volatility for the foreseeable future, and that, together with its proximity to the mature economies of Western Europe and the large market of Russia, gives it a different risk-return profile than any other region,” says Mruck.

Choi admits that CEE offers a safer risk than that of Asia but she points out that the 300% figure reported by SCM is slightly skewed.

“There are merely a handful of funds that are responsible for this staggering figure,” she says. “The trebling of fundraising in CEE is attributed to the US$7bn raised by Marfin, the €1bn plus raised by Mid Europa Partners and the fourth Baring Vostok Private Equity fund, which closed on €750m.”

Although the figures could be considered misleading, there is little argument that CEE is growing at an unprecedented rate.

“The big advantage of CEE is growth. The outlook for the region is continuing growth, comfortably in excess of what is expected for Western Europe, for at least the next 10 years,” says Mruck.

Further east, China is also growing at an unexpected rate – so much so that the International Monetary Fund’s April 2008 World Economic forecast foretold a potential shift in the world economy, with China’s economy set to surpass America’s by 2027 and Brazil, Russia, India, and China (BRIC) expected to surpass the G7 by 2032. The report said that in the BRIC category, Brazil and Russia would be dwarfed by India and China, and the rest of Asia would be much wealthier.

Commenting on this growth prediction, the somewhat sceptical Choi says: “You have to look at whether the rate of growth is sustainable for 30 years or not. Some analysts say that China’s GDP will surpass the US in the next 30 years and some don’t. It really is about how long you think this is going to last. If the growth does continue, how well will these countries manage their growth?”

The question of whether the emerging markets can maintain their growth trajectory is but one of the many concerns the more wary LPs are voicing. According to SCM’s report, the biggest threats to emerging markets are that of inflation caused by the commodities boom and overheating caused by unparalleled levels of fundraising.

“We can’t really talk about quality in these markets because the industry is so new it’s hard to know what quality is,” says Choi. “In India, the number of managers that can provide 10 years of returns is still quite small, so it becomes an issue of comfort; if there is a GP that an LP is comfortable with, he may go with it.”

Mruck also says that the pool of experienced GPs with a track record in specific emerging markets is much smaller than in mature markets, adding: “Historically, LPs have been worried about the scarcity of seasoned private equity professionals in these markets.”

Meads also acknowledges that the drawbacks of emerging markets are significant, saying: “There is a lack of skilled investment professionals, which is the number one risk cited by my peers about investing in these markets. Emerging markets also provide more macroeconomic volatility, so it has a lot to do with the stability of the investment team that we are investing in.”

According to Choi, the fundamental attraction of the more established markets over emerging markets is the volume of information that can be obtained.

“If you want to head into uncharted territory in the established markets, you have a lot of data on which you can compare that fund manager’s performance. This is an issue that the emerging markets are trying to address at the moment,” she says.

But EMPEA’s findings signal a recent shift in LPs’ perceptions of the emerging markets. The association reported that LPs were shown to believe that the investment environment was improving in China and India. The survey also said that one-third of LPs highlighted the improvements made in political and economic risk as one of the most important reasons for increasing commitments to EM PE funds.

“China and India are the main markets that are driving interest,” says Meads. “This is down to two reasons. Firstly, there is much faster growth in companies that are being invested in and secondly, leverage is not as crucial to drive returns in these markets. A combination of high growth and lack of leverage is surprisingly attractive at this time.”

According to Choi, although there is money to be made in the emerging markets, she believes that LPs who are not familiar with these markets will not choose to seek out investments unless they are familiar with a GP.

As fundraising in Western markets remains all but stagnant, Meads casts a foreboding eye to the future. He concludes that the fundraising environment in emerging markets will continue to be successful but remains unsure as to how these immature markets will handle the pressure.

“If everyone heads to the emerging markets to weather the storm, I’m not sure they will be able to cope,” he says.