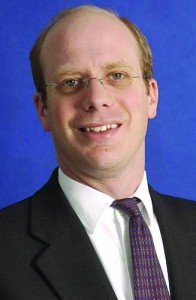 “For the rest of the year, we expect to be in investment mode,” says Martin Calderbank from (SSCP). “We are busier now than we have ever been.”

has completed the secondary buyout of , an Italian security and surveillance business that generated revenues of €165m in 2007, from . The value of the deal was kept under wraps but reports suggested it weighed in at about €150m–€200m.

SSCP, is a pan-European, mid-market investor that also specialises in cross boarder buy and build strategies. “For the sort of sized deal we look to do, it is still possible to raise debt on good terms,” says Calderbank. “We are helped in this by our international capabilities – if one local debt market dries up, it is always possible to access debt in a different market. Plus, due to the growth potential of our portfolio companies, for us, debt structuring is about flexibility of terms rather than the multiples available.”

On the Sicurglobal deal, Interbanca provided a senior debt package alongside a mezzanine strip supplied by ICG. Sicurglobal’s track record of successfully making numerous acquisitions, eight in total from a platform company formed by 18 companies, and integrating them into the company was a key attraction for SSCP.

“At SSCP, we look for opportunities from which we can pursue our strategy of transformative value-creation,” says Calderbank. “Whilst organic growth – whether by market entry, customer wins or product development – is always part of this, it often also includes an energetic cross-border buy-and-build strategy.”

“We’ve been tracking the Italian security space for some time and aim to develop the market leader there,” he says. “There are also lots of opportunities in the security sector across the Continent. Security companies tend to be quite defensible in their space. The regulatory changes the industry is going through in Italy make that market particularly attractive.”

SSCP will focus on developing Milan-headquartered Sicurglobal as the pre-eminent security and surveillance provider in the Italian market, building on its strong presence in the northern and central regions and investing in value-added services. Also, Calderbank did not rule out Sicurglobal making acquisitions in other European countries.

Sicurglobal is not SSCP’s first foray into the wider security industry. In March 2006, it invested in Belgian and US business , a cash protection and stolen cash recovery company.

SSCP was established in 2002 and invests from a US$280m (€176m) fund. Citi is the group’s cornerstone investor and can provide SSCP with additional capital on a deal-by-deal basis, enabling it to target deals in the €50m–€500m enterprise value range.

Sicurglobal brings the number of platform companies SSCP has invested in to 11. SSCP also has several significant exits under its belt, following the US$343m (€216m) sale in 2007 of Global Design Technologies to Bridgepoint, believed to have generated a 6x return for SSCP, and the €428m divestment of Schoeller Arca Systems to One Equity Partners, from which SSCP was reported to have recouped 3x its investment.

Two stellar exits, combined with Calderbank describing 2008 as being a year of capital deployment for SSCP, make it seem likely that the firm could be announcing the closure of a new fund sometime soon.