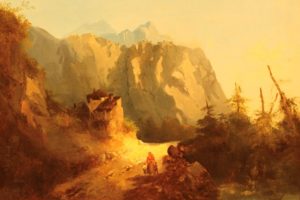 Silver Lake is preparing to raise the next installment of its credit and structured equity fund, a strategy that it launched a few years ago, sources told Buyouts.

Silver Lake Alpine II will target $4 billion, sources said. It’s not clear if the fund is officially in the market yet. Park Hill Group is working as placement agent on the fundraising.

Silver Lake “believes that … Alpine’s flexible investment program will allow it to selectively structure investments in target companies with potential yield from current or accrued income and a lower risk of principal loss than a traditional private equity investment, coupled with upside potential over an expected two-to-five-plus year holding period on average,” the Form ADV said.

Silver Lake closed the debut Alpine fund on $2.5 billion. It’s not clear if a specific executive or executives lead the fund family. Silver Lake’s general leadership is listed on the Form D fundraising document for Fund I, though the firm held a leadership succession at the end of last year.

With the leadership shift that took place in December it’s not clear if different executives will be leading the strategy. Silver Lake’s Waterman funds, which targets growth investments in pre-IPO, later-stage technology companies, is led by Shawn O’Neill as managing director and group head.

The firm, meanwhile, is gearing up to raise its sixth flagship fund that could raise up to $20 billion, Buyouts previously reported. Silver Lake also is raising its third Waterman fund, targeting $750 million, Buyouts reported.