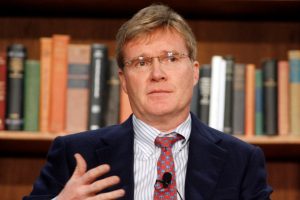 Silver Lake collected around $2.5 billion for its first-ever credit and structured equity fund, which makes non-control investments in tech companies, people with knowledge of the firm told Buyouts.

Whether the fund, Silver Lake Alpine, is raising more capital or has finished fundraising is unclear. The firm has been in the market since at least last year, one of the people said. Silver Lake in September filed a Form D for Alpine Fund, which did not list a target.

Alpine targets large-cap technology, tech-enabled and related growth companies, according to Silver Lake’s Form ADV. It will focus largely on the downside-protected portion of a company’s capital structure, but will also invest with equity components like convertible securities, options, warrants and preferred stock, the Form ADV said.

Silver Lake “believes that … Alpine’s flexible investment program will allow it to selectively structure investments in target companies with potential yield from current or accrued income and a lower risk of principal loss than a traditional private equity investment, coupled with upside potential over an expected two to five plus year holding period on average,” the Form ADV said.

The fund has made at least two investments so far, in AMC and Cornerstone, which provides human-capital-management software, Silver Lake’s website shows.

Update: The fundraising amount was updated in this story.