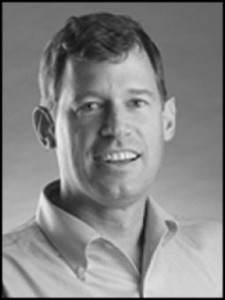 While newer firms could use some advertising to get their names out and mega-buyout shops may launch campaigns to seed diversification into new financial products, the greater number of mid-market buyout shops predicted no big strategy shift.

In a business that depends on personal relationships in the face of tough fundraising conditions, advertising won’t take the place of crucial one-on-one interaction, industry members predicted. But it could help general partners avoid any missteps about disclosing information about their firms or fundraising.

“The new rule will make life easier,” said Ted Patton of mid-market buyout firm Hastings Equity Partners. “It’s been difficult to figure out what we can and can’t say, so as a result, we wouldn’t say anything.” Now the Boston firm hopes to be able to provide more information to prospective investors through its website and other measures, said Patton, managing director of the nine-year-old shop that manages $100 million.

Rather than employing a public relations firm or planning a possible ad campaign, Olympus Partners relies on referrals from investors, said Bob Morris, managing partner of the Stamford, Connecticut-based firm that manages $5 billion. “The retail investor is not the primary, sensible target for long term capital in this area,” Morris said. “The average person shouldn’t be taking that kind of risk.”

Morris, who has built a spider chart tracing most of his new investors over the years to the firm’s original five limited partners, said clients and their recommendations provide fuel for fundraising.

Daniel McAvoy, counsel at the Nixon Peabody business group, which works with private equity firms, said the move could benefit private placement markets. “A number of our fund clients have been waiting for this to pass so they could publish more information on their funds and better differentiate themselves,” McAvoy said.

Graham Hearns, managing director of global marketing/communications and global talent management for The Riverside Company, said the measure will ease worries over talking to the press or executive appearances at events, but it won’t help them improve ties with their core audience of  endowments, pension funds and insurance companies. “The idea of trying to advertise to the masses looking for people that may be interested in investing 5K or 10K just isn’t the Riverside model,” he said. “I don’t see it changing the way Riverside fundraises in any way.”

The SEC commissioners voted four to one on July 10 to lift the prohibition on general solicitation and advertising of offerings governed by Regulation D, provided that sponsors take care to ensure investors are accredited. The rule is expected to take effect 60 days after its publication in the Federal Register, an SEC spokesman said.

The approved measure requires private equity firms and other issuers to “take reasonable steps to verify” that all purchasers of offered securities are accredited — maintaining a net worth of at least $1 million excluding their primary residence.

Nixon Peabody’s McAvoy said the SEC is requiring a higher standard for private equity firms to check out the credentials of their investors. “There will be a slightly increased burden but once the verification process develops a bit, there will be some generally accepted methods,” McAvoy said. “There may be companies to perform verification services.”

If a firm decides to advertise, it likely will face an additional batch of requirements. The SEC voted three to two in favor of a proposal to require additional information about private offerings “to better enable the SEC to monitor the market with that ban now lifted.” Adding teeth to the proposed rules, an issuer could be disqualified for a year from using the Rule 506 solicitation exemption in any new offering if it doesn’t comply with Form D filing requirements.

In a move aimed at protecting investors, the SEC also approved a third measure to disqualify so-called bad actors — felons and other individuals — from participating in Rule 506 offerings.

In passing the measures, the SEC acted on direction from Congress, which called for an ad ban lift in the Jumpstart Our Business Startups Act, passed in April 2012.

“It’s a sea change in what hedge funds and private equity funds can do in terms of ads and solicitation,” said Adam Gale, co-chair of the investment funds group at the law firm Mintz Levin. “It remains to be seen how many funds will actually take advantage of it in terms of ads on TV or print media. But I do think almost every fund will find it useful in some way, even if it’s just making their website more accessible or being able to speak more freely at conference or responding to media questions.”

One executive at a large private equity firm compared the change to what happened with law firms when their rules changed to authorize advertising. It took several years for firms even to get comfortable with yellow pages advertising, and even today most of the big law firms limit themselves to sponsoring events for targeted clients rather than general advertising.

The measure to lift the ban on solicitations drew more than 200 comments on the SEC and plenty of political rhetoric. In April, Republicans in the U.S. House of Representatives complained that the SEC missed congressionally mandated deadlines to finish up the new rules, aimed at helping small businesses raise capital and create jobs.