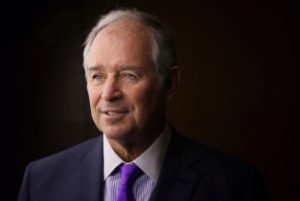 Fundraising in the age of pandemic is not an easy prospect.

Firms are not able to visit LPs with fundraising presentations, and LPs are not able to travel to GPs on site as part of their review when considering making a commitment to a fund. Pandemic-spurred travel restrictions have shut down firms’ logistical ability to raise capital.

But well-established GPs have an advantage: long-standing relationships with investors, sometimes spanning decades (think KKR and Oregon’s state pension). In these cases, LPs are at times satisfied with fundraising meetings over video with no on-site due diligence, sources have told Buyouts in recent interviews.

This dynamic is cleaving the industry between brand-name firms and newer managers who aren’t likely to attract capital without extensive LP due diligence. Firms still collecting capital in the downturn include Silver Lake, CD&R and CVC along with firms like Blackstone, Apollo, Oaktree and KKR.

Blackstone executives laid out this situation on Blackstone’s earnings call Thursday. The firm reported declines across its portfolio in the first quarter, except in secondaries, which saw a slight gain.

But fundraising went well for Blackstone, which managed to raise $27 billion in the first quarter, with $12 billion of that in March during the intense market decline as governments locked down populations and businesses.

The firm’s president, Jon Gray, highlighted Blackstone’s second long-hold (core) private equity fund, which raised $5 billion in the last two weeks of March. “Even given the logistical challenges we were able to get that done,” he said.

Firm CEO Steve Schwarzman meanwhile shared an anecdote about fundraising over video. The firm was supposed to have a large due diligence meeting for a fund with more than 130 to 150 attendees, which was done over a Zoom video call, Schwarzman said on the earnings call. “Everybody was pretty adjusted and cool with that,” Schwarzman said.

The ability to do that is based on the firm’s years of relationships. “With this new distance, it’s quite easy to get anyone on the phone anywhere in the world,” Schwarzman said, describing “bonds of trust” developed over decades that “become exceptionally useful in situations like that.”

In some geographies, it used to be very important to have a physical presence with investors, he said. “After you’ve done that for a long time, it’s actually easy to get on video with them and obtain commitments.”

Blackstone recently received a $500 million commitment from an individual account for one of the funds, “which to me at least is a re-affirmation … that life goes on,” Schwarzman said.

On the other hand, raising a first-time fund right now would be almost impossible, Schwarzman said.