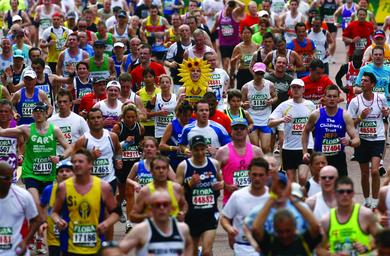 “If you’re looking to invest in new deals right now, you’re going to be disappointed – there’s almost nothing in the market,” says Rolf Nuijens, head of the North European mezzanine investment team at ICG. “The economic outlook is very uncertain and still deteriorating. The primary debt markets are effectively shut because the secondary market is so attractive. CDOs, which were one of the main sources of liquidity for the buyout boom, have no cash to lend, and valuations have collapsed to such a degree that anyone with a half-decent business won’t be selling it now.”

All this is a far cry from the sentiment seen at the end of last year. Back then, mezzanine players were rubbing their hands at the prospect of a wave of great deal opportunities following the boom period in which mezzanine was being squeezed out of the financing structure by banks and institutional investors offering large amounts of leverage at highly attractive pricing.

Clearly, these opportunities have not materialised. Not yet, in any case.

The problem is that much of the bad news in potential portfolio companies has yet to filter through, making it hard to work out which will be the strongest prospects.

“We are seeing plenty of opportunities, but we haven’t seen much in the way of closed deals,” says Martin Stringfellow, managing partner at Indigo Capital. “There are good reasons for that. Anyone thinking of investing now has poor visibility on how companies are actually performing and how they will weather the downturn – the figures out so far are only just starting to reflect how companies are faring in the current environment. The consumer slowdown here in the UK didn’t really get going until this year, and on the Continent it hasn’t really started yet, other than in the automotive sector, where the last three months have seen heavy destocking. Until recently, companies in the capital goods sector have been working on their order books but order intake is sharply down.”

“We have turned down a lot of deals,” agrees Ed Cottrell, a director at Investec. “We had a retail opportunity presented to us, for example, with the December figures. We could have picked it up for an amazing multiple, but that would have been based on last year’s figures. It was going to take another six or seven months until it became clear how it was going to be impacted by the recession. It’s hard to pin down a reasonable price under those circumstances.”

The other main sticking point – one that was evident at the tail-end of last year – has been vendor price expectations. Many still believe their companies can fetch a much higher price than today’s market conditions will allow.

“In our perception, seller expectations have been very slow to adjust,” says Stringfellow. “The problem is that what banks have been saying they are willing to lend hasn’t moved downwards very quickly, yet what they are actually willing to do has adjusted very sharply. The conversations we have been having with vendors have shown that the two aren’t aligned. The debt multiples that sellers expect to raise and those that we’d be comfortable with and that we know the banks will lend still haven’t met.”

But there are signs that some parts of the market may be picking up. A number of participants are reporting a greater sense of realism among some sellers at least. Stringfellow says: “The ones we are taking most seriously are the ones in which vendors have figured out that bidders won’t get much, if any, debt. These are few and far between at the moment, but as people get further through the process, they will understand what banks’ positions really are and that what they were told a few weeks ago doesn’t match reality. It’s a long process, but it will work through.”

Cottrell agrees. “At the beginning of the year, we were seeing a scramble for deals by advisers trying to get deals speculatively priced,” he says. “Now, deals are coming in where sellers have more realistic views on pricing and structuring. Over the last few weeks, we’ve seen a few ideas come through the doors that might actually work.”

But don’t expect a flood of completed new deals. Even if deal negotiations are proceeding on a more serious footing, progress is likely to be slow. “Most mezzanine houses report that everything was very quiet until Easter, but that since then deal flow has picked up and more transactions are coming to the market,” says Oliver Huber, investment director at Golding Capital Partners, which manages a mezzanine fund-of-funds. “It now takes a lot longer to get deals done, but we may start seeing some of them come through in Q3 or Q4 of this year.”

And many make take considerably longer than that as sellers wait out for better conditions. “The lack of liquidity among banks and the exit of hedge funds and CLOs have meant that the maximum senior debt you can get now is between 2x and 2.5x EBITDA for mid-market transactions, so values have come down a lot,” says Huber. “If you have a good company, it doesn’t make sense to sell in this environment. But senior lending will return and so purchase prices will creep higher as things continue to stabilise. That means buyers and sellers’ expectations will meet at some point resulting again in an increase of new deal activity.”

A handful of deals have, of course, got away in the time between Christmas and now. One of these is MML Capital Partners’ recent backing of Vanguard Healthcare Solution’s £31m management buy-out from Nuffield Health. The enterprise value, according to a source close to the deal, was significantly less than the bank debt used in the deal in 2004 that saw Nuffield buy Vanguard from 3i. The deal has also seen a return of the original management team.

It’s this type of deal that MML’s co-founder Rory Brooks is referring to when he says that more shock-resistant businesses are coming to the market now. “In the last quarter of last year, we saw a lot of deal opportunities where companies needed more capital or debt substitution, but we found that with many of them, the underlying company was in some form of distress,” he explains. “Now, we’re seeing opportunities in more resilient companies. The quantity of deals probably hasn’t changed, but the quality has.”

As one of the most bullish market participants at the end of last year, when he said the mezzanine market was facing the “opportunity of a generation”, he remains highly upbeat about his firm’s prospects.

The main reason for this, he says, is that MML’s focus on sponsorless deals is bringing a huge amount of deal flow because it doesn’t rely on private equity houses to close a deal. “If you split the mezzanine market into its components, the larger deals are just not happening,” he says. “The standard mid-market players are seeing some activity, but they are still dependent on underlying buyout activity, which has hit rock-bottom, while for those of us that work on sponsorless deals, we’re seeing a bonanza of good quality opportunities.”

Part of this, he believes, is players such as MML’s ability to raise bank debt. “Banks now have many more filters and they really have to believe in a deal to make it happen,” he says. “There is no room for negotiation and you have to be realistic about the quantum you’ll get. Banks also have a shortlist of people they will work with and a longlist of those they won’t.” Vanguard was believed to be the target of a number of private equity houses, but all failed because they couldn’t secure bank financing.

Yet despite the current hiatus on most fronts, many believe the market will pick up significantly over the next one to two years. In fact, mezzanine is already being used in some corners of the market. “Mezzanine is focusing on refinancings, rescue and growth finance deals, for businesses that have some predictable or defensive characteristics,” says Robin Menzel, partner at Augusta & Co.

The benefits for owners are that, not only can they actually get the finance they need to take the business forward, but also give themselves some breathing room on debt repayments.

“In acquisition finance, it’s unlikely that mezzanine will replace senior debt,” says Ben Edwards, co-founder of Syntaxis Capital. “But in restructurings, it can provide an alternative, partly because senior has become a lot more expensive, but also because the owners of the business may feel the non-amortising nature of mezzanine justifies the increased costs and that cost is likely to be in the form of warrants, and not cash/contractual yield.”

It’s a view shared by Nuijens: “It will take another 18 months to two years before we get back to a normal mezzanine market, akin to the one we saw in the mid-1990s, in which mid-market deals with a focus on equity upside start coming to the fore. In the meantime, there is much to be done on the secondary and restructuring market. If we can help businesses through difficult times, replacing senior debt with mezzanine so that the company doesn’t need to sacrifice cash flow to pay down debt until conditions start improving, we should be able to make some good returns. The market has already seen an incredible acceleration of restructurings and defaulted deals in the first few months of 2009.”

So, while new deals remain thin on the ground, it seems there is still a decent niche to be carved, and at decent returns. Most are anticipating total returns of between 17% and 20%, including warrants, well above the 14% that became the norm over the boom period. Some firms will face issues with their current portfolios (see box out) and a proportion of these may not survive. But for those houses that make it, there could be a good few years ahead – but they may just have to be patient.