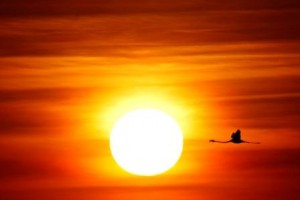 Cornerstone, of Ogden, Utah, develops, produces, and packages more than 600 capsule, tablet, and powder products for clients in the vitamin, minerals and supplement industry. Cornerstone nearly doubled its EBITDA while it was owned by Sun, the press release said.

Sun acquired Cornerstone in April 2012 for about $27.7 million, according to an SEC filing. The buyout shop is making nearly 10x its investment on the Cornerstone transaction, a source said. Sale of the company is expected to produce an internal rate of return of more than 330 percent, the person said.

News of the sale comes as Sun Capital continues to fundraise. The firm is out marketing for its sixth pool, which has a $3 billion target and a $3.5 billion hard cap. Sun began fundraising for Fund VI in the fall of 2012 and had hoped to wrap up marketing by that December. Fundraising, however, is going slowly. Still, Sun has raised more than $2 billion for Fund VI, the source said.

Sun Capital collected $1 billion for a first close in December 2012. In late 2013, the firm added another $888 million for a second close, one placement agent source said. The firm is expected to finish fundraising this year, peHUB has reported.

Luisa Beltran is a senior writer for peHUB.

Photo: A flamingo flies at sunrise . Photographed by Jon Nazca for Thomson Reuters. All rights reserved.